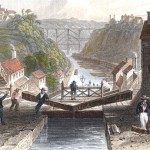 The New York Power Authority (NYPA) could be taking the money-losing state Canal Corp. off the back of the Thruway Authority under the fiscal 2017 state budget that will be proposed today by Governor Andrew Cuomo.

Assuming this Buffalo News report is true*, it would explain how Cuomo intends to finance his proposal to freeze Thruway tolls for five years even while building the $4 billion (plus $800 million in contingencies) replacement for the Tappan Zee Bridge. (*UPDATE: It is.)

The 524-mile canal (including the original Erie Canal) generates very little revenue of its own, costs at least $53 million a year to operate and has a five-year capital plan funding requirement of $210 million. As things now stand, nearly all of that money would have to continue coming from Thruway motorists. Subtract the canal, and in one fell swoop Cuomo will have almost balanced the Thruway’s financial plan through 2019.**

Of course, such a move also would raise a lot of new questions. To start with, how does an outmoded if historically significant waterway fit into the portfolio of the nation’s largest public power authority, which runs 16 power generating plants including the large hydroelectric projects on the Niagara and St. Lawrence Rivers?

A canal certainly isn’t the first thing that comes to mind when you read NYPA’s mission statement:

Power the economic growth and competitiveness of New York State by providing customers with low-cost, clean, reliable power and the innovative energy infrastructure and services they value.

So, maybe the governor will claim there is some untapped hydropower potential in Clinton’s Ditch?***

New York’s canal system—whose continued existence as a state asset is guaranteed by the state constitution—was funded straight out of the state budget until 1992, when it was shifted to the Thruway Authority. The move was one of several notorious one-shot fiscal gimmicks (the “sale” of Attica prison to the state Urban Development Corp. was another) initiated by then-Governor Mario Cuomo.

Now, nearly a quarter century later, Cuomo’s son  wants to palm off the canal on NYPA—the nation’s largest public power authority, and Albany’s favorite cash cow. NYPA has funneled more than $1 billion into the state budget in the last 15 years, most of it since 2009.

While Governors George Pataki and David Paterson raided NYPA for one-shot budget gap-closers during recessions, Andrew Cuomo increasingly has relied on the authority to bolster his economic development programs and advertising efforts, including the “New York Open for Business” campaign. As noted in a subsequent analysis by state Comptroller Thomas DiNapoli’s office, this year’s state budget alone moved $90 million from NYPA to the budget to finance the state’s overseas trade missions as well as advertising for Start-NY and Global NY programs.

On paper, at least, the state owes money to NYPA, whose balance sheet as of 2014 carried a $279 million “receivable” from New York State in repayment of past cash raids. The state financial plan, meanwhile, projects $238 million in repayments to NYPA over the next three years, almost all of it in fiscal 2018. The repayments are described in state budget documents as “accounting reclassification(s)” that “do not carry a Financial Plan impact. ” Whatever that means.

P.S. — Before it became an eight-figure ATM for the governor’s economic development promotional campaigns, NYPA used to dole out $1 million a year in charitable contributions “for everything from underwriting St. Patrick’s Day parades and jazz festivals to supporting youth sports teams and volunteer fire departments.” That practice ended after a legal opinion was issued finding that NYPA should not make contributions unrelated to its core mission. The source of the opinion: the then-Attorney General, Andrew Cuomo.