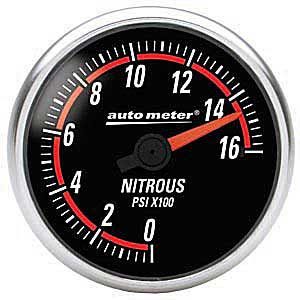 Just-released November data indicate that Medicaid spending was within Governor Cuomo’s new cap through the first two-thirds of fiscal 2011-12 — but just barely.

The $15.3 billion cap on state-funded Medicaid spending within the Department of Health (DOH) was a hallmark of Cuomo’s budget control and reform for fiscal 2011-12. Future annual growth is supposed to be limited to the 4 percent average rate of medical cost inflation over the last 10 years.

In keeping with this limitation, the governor’s proposed budget for 2012-13 calls for DOH Medicaid spending at $15.9 billion. To hit his target, growth in Medicaid spending had to be  reduced by $2.2 billion in the current-year budget and a further estimated $3.3 billion next fiscal year through the adoption of measures suggested by the Medicaid Redesign Team.

DOH is charged with producing monthly reports on spending in relation to the cap.  Data just released for November 2011 shows that spending through two-thirds of the current year is perilously close to the cap, less than 0.1 percent under as opposed to being 1.3 percent under in October. Actual spending is at $10.94 billion as opposed to the projected $10.95 billion.

As we pointed out here recently, the October 2011 Medicaid spending report highlighted risks to the spending forecast. The November data show that spending in certain areas including outpatient emergency room costs, nursing home costs and other long term care costs are below projections, but many other risks remain and some have worsened as shown by the November data.

Findings from the November DOH report include:

It is also worth noting that total state share Medicaid spending in the current year is not the $15.3 billion within DOH, but projected to be just over $21 billion, according to the Executive Budget Financial Plan for FY 2013. This is a result of an additional $5.8 billion in state share Medicaid spending in other agencies that is outside the cap. These expenditures, predominantly for mental hygiene and substance abuse, are also growing at a rate of $134 million over projections.

The state will continue to closely monitor spending and enrollment trends for the remainder of the year and the November DOH report urges caution in making judgements based on results to date. But, with this degree of risk in certain areas this late in the fiscal year, the governor may be forced to use the extraordinary powers granted to him as part of the current year budget agreement to make automatic reductions in numerous areas to stay within the cap. If such actions becomes necessary, it remains unclear as to the dimension or what impact such reductions could have on both service providers and patient care.