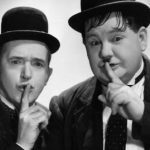 State regulators last week shot down efforts by utilities to show ratepayers the amount by which their electric bills are being driven up by New York’s new Clean Energy Standard.

Under the standard, adopted in August by the state Public Service Commission (PSC) at the urging of Governor Cuomo, utilities and anyone else buying power from the state’s electrical grid must help subsidize three money-losing nuclear power plants and new solar panels and wind turbines. The standard also absorbed the state’s existing renewable energy subsidy program.

The PSC then told utilities to show how they’d hike rates to recoup the costs of complying with the mandate, a necessary step since their rates are heavily controlled by the commission. In responses filed in December, utilities with service areas covering New York City and the entire Hudson Valley—Con Edison, Orange & Rockland Utilities, National Grid and Central Hudson Gas & Electric—each proposed adding one or two lines to customer bills, to better allow ratepayers to see where their money is going.

But last Wednesday, the PSC slammed the door on the idea, issuing a written ruling that “the Commission finds it preferable to recover the costs” of complying with the standard “through existing supply mechanisms and bill lines.” The PSC’s rationale, the commissioners wrote, was to “maintain general consistency among the Utilities” and to “limit customer confusion.”

Translation: don’t try to show this to customers as a separate line on their bill, or else we won’t okay your rate plans.

Under state law, utilities can only charge the rates and fees that the PSC allows under each company’s tariff—which this month must be amended to reflect the higher rates. And since they need the PSC to sign off on their tariffs, the utilities have little choice but to comply with the PSC’s efforts to hide the cost of the Clean Energy Standard—which is stacking up to be one of the largest tax hikes in state history.

That price tag will be about $360 million during 2017, with almost all the money going toward the nuclear subsidies that begin on April 1. The PSC had planned to require about $20 million in subsidies for new renewable generators but subsequently slashed the requirement after it became clear the state had grossly overestimated the actual number of qualifying wind turbines and solar panels. In 2018, the first full year of nuclear subsidies, the price will approach $500 million.

While the PSC instructed the utilities to post their costs and to show the “effective rates” in statements on their websites, there’s a big difference between that and letting them show customers exactly how much Cuomo’s energy plan is adding to their bills.

Isolating these costs would have tested Cuomo’s questionable claim that the mandate will add less than $2 per month to the average residential bill. It might even have opened the door to enumerating the cost of the governor’s broader “Reforming the Energy Vision” push to change the role utilities play in how power is generated and distributed. And it would have been a constant reminder that New Yorkers are paying more for electricity than they need to.