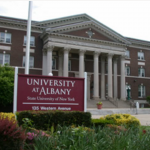 Governor Andrew Cuomo’s free college tuition proposal raises a boatload of questions about cost, eligibility and justification—although it isn’t too difficult to guess at winners and losers.

The governor rolled out the plan at a news conference in Queens on Tuesday but hasn’t introduced it in legislative form, so we don’t know many crucial details of how he intends to cover average annual tuition of up to $6,470 for bachelor’s degrees and up to $4,800 for associate’s degrees at colleges in the State University of New York (SUNY) and City University of New York (CUNY) systems.

It seems safe to assume, however, that the proposed Excelsior Scholarship program will simply build on the rules and guidelines of New York’s existing Tuition Assistance Program (TAP).  With that in mind, drawing on the description in the governor’s news release, here’s a necessarily speculative FAQ:

Who will be eligible?

“Under this groundbreaking proposal, more than 940,000 middle class families and individuals making up to $125,000 per year would qualify to attend college tuition-free at all public universities in New York State.”

How will income be defined?  TAP eligibility is based on New York State taxable income, calculated as adjusted gross income (or AGI, the number on the bottom of the front page of your return) minus deductions and exemptions. On New York income tax returns, married joint filers can claim a standard deduction of $15,890, or a larger total of itemized deductions, along with a $1,000 per dependent income exemption.  Therefore, if the $125,000 figure is defined as taxable income, program eligibility for a family of four would be at least $142,890.

Is there an income eligibility range, or a cutoff?  The wording of the governor’s press release clearly implies that families up to the income limit will get to attend college tuition-free when the program is fully phased in after three years.

So — does this mean a family making even a dollar over the threshold would not qualify? Can’t say for sure, but probably not. More likely, as implied by the news release’s use of the phrase “up to,” there will be a phase-out range, and those with (taxable?) incomes of $125,000 will get some minimal grant rather than full tuition.

If eligibility ends at $125,000, how high can your family income be in order to still qualify for full-tuition grant? TAP now has a wide phase-out range; for a family of four, the maximum award of $5,165 is available for those with taxable incomes up to $7,500 (equivalent to a minimum AGI of $24,890), and families with taxable incomes between $50,000 and $80,000 (equivalent to AGI in 70s to 90s) get the minimum TAP grant of $500 per academic year. The biggest beneficiaries of the free tuition grant are likely to be families in the current TAP grant phase-out range—especially those with AGIs above $50,000 or so.

What will it cost?

“Based on enrollment projections, the plan will cost approximately $163 million per year once fully phased in,” says the governor’s news release.  It costs $1 billion for TAP to provide lower average grants to a smaller number of students. Handing even the average community college tuition to 940,000-families would cost more than $4.5 billion. On the surface, then, Cuomo’s initial estimate seems extremely low. Even considering that more than a few of those 940,000 families won’t send their kids to SUNY or CUNY in any event, the estimate seems to have been aggressively low-balled, unless  (a) the phase-out range for “free” tuition actually starts at a relatively low income, and (b) the governor expects New York City to pay for the CUNY share, although Cuomo’s news release implies the figure is for the entire program. ** See postscript below**

What are the other guidelines?

Cuomo said free tuition would be available to income-qualified students studying full time, but didn’t further specify how he defines the phrase.  TAP defines “full-time” as a courseload of 12 credit hours, or up to 96 credits. Since a bachelor’s degree generally requires a courseload of 15 credits per semester, or 120 total credits, this means students can practically exhaust their TAP allowance after three years of study. If Cuomo’s program is more generous than that, it will push up the cost, although it would make more sense.

As for merit, TAP sets a low bar of a “C” (2.0 grade-point) average by the fourth year. Will Cuomo require better performance for a much more generous grant?

The biggest winners will be hundreds of thousands of middle-class families earning AGIs more than $65,000, who now qualify (at most) for little or nothing in state tuition assistance.

The losers are obvious:

Cuomo’s statement included one very misleading statistic: “in 2015, the average student loan debt in New York was $29,320.”  That’s the average for all students, not just those attending SUNY and CUNY.

One more important fact almost lost in the generally favorable coverage of Cuomo’s initiative: even after increasing 30 percent between 2010 and 2015, average SUNY and CUNY tuitions remain a bargain not only by private standards, but also compared to most public colleges and universities in other states.

** P.S. — Some readers of this blog immediately pointed out via email and twitter that the Cuomo plan apparently would provide added aid on a “final dollar” basis, supplementing existing state and federal grant programs and thus “essentially covering the balance,” as the Times report put it. But if $163 million is all it cost to cover the balance of tuition for hundreds of thousands of families with incomes ranging into low six figures, it would strongly indicate there is no college affordability problem, at least among SUNY and CUNY attendees.

** PS — And the redoubtable New York City Independent Budget Office has chimed in with its own estimate of the CUNY impact—much higher than the governor’s number for the statewide plan.