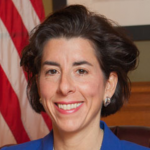 Rhode Island’s governor has vetoed a law that would have saddled Ocean State taxpayers with the equivalent of New York’s Triborough Amendment, which perpetuates expired public-sector labor contracts.

Gov. Gina Raimondo, a first-term Democrat, specifically cited New York as an example not to follow in her veto message rejecting a union-backed “contract continuation” bill approved by Rhode Island’s General Assembly in the final days of that legislature’s regular session in June.

The bill, applying to teachers and municipal employees, would require all provisions of an otherwise expired labor contract to remain in effect until a new agreement has been reached.

New York’s Triborough amendment (Civil Service Law, Section 209-a(1)e) effectively does much the same thing by prohibiting employers from failing to honor an expired contract.  This effectively mandates that all provisions, including automatic longevity-based pay increases, must remain in effect.

As explained in this Empire Center study, Triborough gives unions an incentive to resist negotiating structural changes to their contracts, since the status quo will be preserved even if there is no contract. The law has long been cited by local government groups among the most costly state mandates. This is especially true for school districts, whose budgets are dominated by teacher contracts typically offering 20 years of automatic annual step raises plus subsequent periodic longevity increases. But Governor Andrew Cuomo, like most state lawmakers in both parties, has shown no willingness to reform or repeal the law.

When the Triborough bill reached his desk in the summer of 1982—having been initiated in the Republican-run state Senate, at the behest of teachers’ unions—Gov. Hugh Carey was already a lame duck with barely six months left in his second term. Carey repeatedly had stood up to powerful special interest groups, including unions, especially during the mid-1970s New York City fiscal crisis.

Yet despite strenuous opposition from New York municipal and school officials, and even a veto recommendation from his own Budget Division, Carey signed the Triborough amendment into law on July 29—35 years ago this coming Saturday. His only caveat, readily agreed to by the Legislature, was that the provision subsequently be amended to clarify that all bets were off in the event of a strike.

Rhode Island’s governor proved to be a better listener when mayors, school officials, business and civic groups rose up in opposition to a similar attempt by unions to lock in contracts. Indeed, her July 19 veto message provides a good summary of why Carey should never have signed New York’s Triborough amendment in the first place:

Never-ending contracts limit leaders’ ability to promise efficient and cost-effective government and will lead to higher costs to taxpayers, as they would make it more difficult for municipal leaders to deal with changing economic circumstances, rising costs or large deficits, and employees would have no incentive to renegotiate a contract if they expected significant concessions on wages, health care or working conditions. The likely result would be higher property taxes.

In 2012, a time of significant fiscal distress in [New York] and elsewhere, 41 of 57 labor contracts surveyed by the New York State Association of Counties had expired but were not renegotiated. In many cases, labor unions had strategically decided they were better off stalling negotiations, given the difficult financial circumstances. Labor had little incentive to come to the bargaining table and negotiate in earnest, and [so] municipalities were forced to find cuts elsewhere and raise taxes. With a similar law on our books, how could we expect any different result?

The bill would also have undermined a Rhode Island law prohibiting municipalities from signing labor contracts that last beyond three years. That three-year limit, Raimondo said,  “protects the taxpayers from being obligated indefinitely for contract provisions that, in the future, may not be affordable.”

Two years ago, Raimondo vetoed a nearly identical bill affecting firefighter unions only, but this year signed a compromise bill allowing the terms of expired firefighter contracts to continue in cases where the parties to a negotiation agreed to it. She said she would sign a similar bill affecting all employees, which would mirror a law in effect in Massachusetts.

A stolid liberal Democrat on most issues, Raimondo is best known for her reform of Rhode Island’s troubled public pension system, which she spearheaded while serving as state treasurer in 2011. Her reforms have been cited as a model for other states and cities with troubled pension systems, earning her a Manhattan Institute “Urban Innovator Award” in 2012 and a spot on  Fortune magazine’s “World’s 50 Greatest Leaders” list in 2016, among other distinctions.

She also has earned the lasting enmity of Rhode Island unions. After unsuccessfully fighting to block pension reform in the Legislature and in court, the unions negotiated some changes and ultimately opposed Raimondo in the 2014 election.

“I think that the classified ad is out: ‘Real Democrat wanted for governor of Rhode Island,” Walsh said, calling on the Rhode Island General Assembly to override her veto.