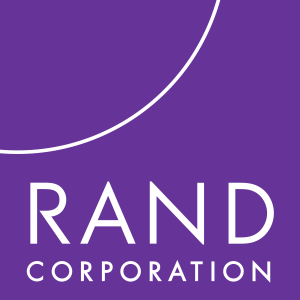 For New Yorkers wondering whether a statewide single-payer plan would be feasible and affordable, the RAND Corporation’s just-published report provides only partial answers.

The hypothetical scenario analyzed by RAND relies on several dubious assumptions, and therefore likely understates the real-world price tag and overstates the benefits. Even so, the study finds that such a plan would entail tax hikes worth $139 billion in the first year—a stunning 156 percent increase in total state revenue and $47 billion more than the estimate previously touted by single-payer proponents.

Meanwhile, it forecasts that this hypothetical system could achieve universal coverage while cutting overall costs by $2.3 billion in the first year, or less than 1 percent—again, a far cry from the $45 billion per year in savings supporters have claimed.

To frame a dramatically larger tax bite and smaller savings and as a vindication of single-payer—as the plan’s chief sponsor, Assembly Health Chairman Richard Gottfried, and other supporters have done—is a clear case of goalpost-shifting.

And if the assumptions baked into RAND’s cost estimates do not fully materialize—as seems more likely than not—the cost-benefit balance could easily tip into the negative.

Gottfried’s legislation calls for a single, state-operated health plan that would cover all 20 million New Yorkers and pay the full cost of all doctor visits, tests, procedures and medications without copayments or deductibles and unfettered choice of providers. The bill does not specify how much providers would be paid or how much taxes would be raised. The authors of the RAND study, which was commissioned by the New York State Health Foundation, had to fill in those blanks with hypothetical answers of their own.

They also had to confront uncertainties beyond Albany’s control: For a true single-payer system, the state would need multiple federal waivers allowing it to take charge of Medicaid and Medicare recipients within its borders, along with the funding that flows to them. It would also face an inevitable court challenge by large, self-insured employers seeking to be exempted from the plan under the federal Employee Retirement Income Security Act, or ERISA.

The likelihood of getting federal waivers is near zero for the time being, because the Trump administration has all but ruled them out. The outcome of an ERISA lawsuit is generally considered a toss-up.

For its “base case” scenario, however, RAND made the following assumptions, among others:

Each of these assumptions is uncertain at best. The chances that all four would bear out completely must be considered a long shot. Yet that was the basis of RAND’s findings that costs would not mushroom and that a $139 billion tax hike would be roughly sufficient to finance the system.

To their credit, the authors disclosed the choices they made, and explored alternative scenarios for some of them.

Depending on how effectively the state controls provider fees, for example, they estimated that overall costs could range from 15 percent lower to 12 percent higher than their base case as of 2031. That latter scenario translates roughly to $55 billion more in bills to be paid and taxes to be raised.

They also raised the possibility that some wealthier New Yorkers would flee—which seems more than plausible given that, under their proposed schedule, people with incomes over $141,200 would face marginal tax rates of 18.9 percent on payroll income and 18.3 percent on non-payroll income, on top of what they already pay in state and city taxes.

And if just one-half of 1 percent of taxpayers leave (about 49,000 filers), the report estimates, the state would face a shortfall of $33.5 billion and the top tax rate on non-payroll income would soar to almost 90 percent.

As lead author Jodi Liu wrote in the Daily News, “Even a small number of the wealthiest people leaving the state could cause the tax base to collapse.”

RAND did not estimate how much costlier the system would get if federal waivers were to be denied or the courts were to exempt large employers—which are significant omissions, given how likely those outcomes would be.

Nor did the analysis fully examine the impact on quality of care or the larger economy—beyond listing some of the possible ramifications: “While those who face new taxes under the NYHA [New York Health Act] might be inclined to leave the state, individuals in need of health care could enter. Taxes could also change investment decisions, the timing of capital gains realizations, or businesses’ use of labor versus capital in production processes. In general, our model does not take these broad economic considerations into account.”

Given these limitations, the RAND report falls short of the thorough, wide-ranging analysis the Legislature should have in hand before contemplating such a radical change in the state’s health care system.

That said, it’s a vast improvement over the cost estimates the Legislature has relied on to date, which are drawn from the flawed, tendentious white paper of a single economics professor at the University of Massachusetts at Amherst.

If nothing else, RAND’s numbers should put to rest some of the more fanciful claims about single-payer.

Assembly Speaker Carl Heastie recently asserted, for example, that single-payer could be financed without “new taxes”—on grounds that heavy taxes imposed by the New York Health Act would be replacing insurance premiums that consumers currently pay. In RAND’s estimation, however, the new single-payer taxes would outstrip premium payments by $16 billion a year.

Also debunked is the idea that such a plan could cover everybody for everything while dramatically cutting costs in the bargain. Even under RAND’s single-payer-friendly assumptions, the predicted overall savings would average 2 percent, since the expense of covering more people and eliminating cost-sharing would mostly offset the savings from lower administrative costs and provider fees. Without RAND’s assumptions, those small savings would quickly evaporate, and might well become big additional costs.

All of which raises a question: Instead of disrupting coverage for the 19 million New Yorkers who already have it, why not focus on the 1 million people who don’t?

Many if not most of the remaining uninsured would probably qualify for Medicaid, if they could be identified and persuaded to sign up. Others could probably afford private coverage, if the state did more to make it affordable. Addressing that significant but relatively modest problem could achieve universal coverage at much lower cost and much lower risk.