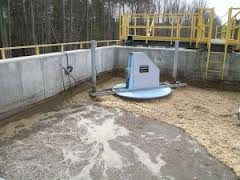 Key state lawmakers are introducing what would be the largest state bond issue in New York’s history — a $5 billion environmental bond act.

As first reported in today’s Buffalo News, the bond act legislation is backed by State Sen. Mark Grisanti (R-Buffalo), who says he’s working with Assemblyman Robert Sweeney (D-Lindenhurst). Grisanti and Sweeney chair the environmental committees in their respective houses, so this is meant to be taken seriously. The bill (Senate version only, so far) is S.5925

Touching every base, the thing would enact the “Clean Water/Clean Air/Green Jobs Act of 2014,” divvying up $5 billion into three big pieces as follows:

Somehow, the language fails to specifically mention kitchen sinks, but you get the drift.  Water! Air! Jobs! Green! What’s not to like?

There will be plenty of time to analyze this proposal in greater proposal in months ahead. Meanwhile, as shown in this Empire Center’s Databank table, as of fiscal 2011 New York ranks 2nd in total state debt, 6th in state debt per-capita, and 8th in state debt relative to personal income. While the $135 billion indebtedness figure for New York comes from a broad measure of all the money owed by state authorities, roughly half of which is off-budget, it does not include another $200 billion in local debts, nor does it include at least $250 billion in unfunded liabilities for retiree health care.

If the environmental bond act proposal leads to broader discussion of real infrastructure needs and borrowing priorities, it will be a good thing.