Public schools across New York state opened this week, and they are seeing their lowest enrollment numbers in at least 30 years.

According to a report from the Empire Center released Wednesday, public school enrollment statewide for the 2018-2019 school year has decreased to levels not seen since the early 1990s. The last school year saw a drop alone of 30,338 pupils from the previous school year.

As children head back to school this week, the Empire Center finds that enrollment in New York state schools is at its lowest point since the early 1990s. 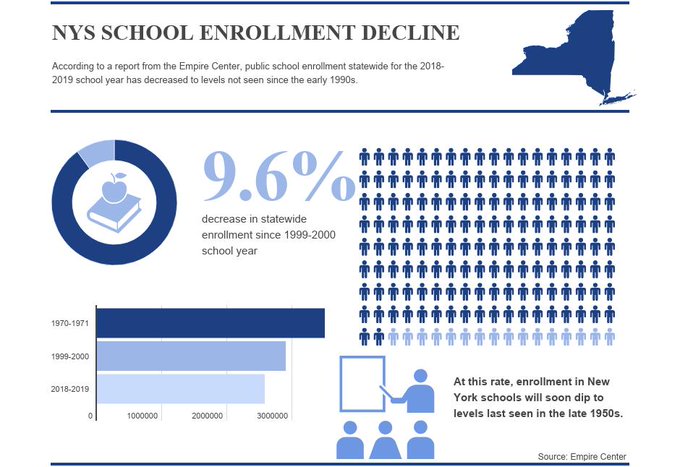 The latest U.S. Census data, which show a continued decline in New York’s statewide population of school-age children in 2018, points to continuing enrollment decreases in years ahead. At this rate, enrollment in New York schools will soon dip to levels last seen in the late 1950s, the Empire Center says.

In central New York, the school districts with the sharpest decreases (between 25 percent and 50 percent) include:

The districts of Syracuse, Auburn and Whitney Point have seen increases in their enrollment.

Decrease in upstate population was blamed for this past spring’s closure of Forestport Elementary School, in Oneida County.