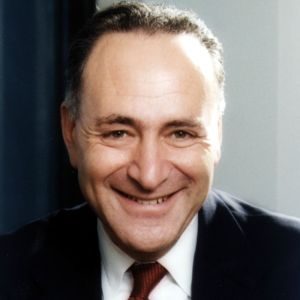 Sen. Chuck Schumer raised the alarm Tuesday about a pending reduction in Medicaid funding for safety-net hospitals, which he said would have “devastating” effects in New York.

“I will not accept any proposal that hurts upstate New Yorkers’ access to health care, and will fight tooth and nail to make sure these cuts are stopped,” Schumer said during a press conference at Lewis County General Hospital in Lowville.

His warning was misleading in several ways, not least because it left out an important bit of context: Schumer himself voted for the cuts he was deploring. In effect, he was taking credit for trying to clean up a mess he had helped to create.

The reductions at issue – affecting Medicaid’s Disproportionate Share Hospital program – began as part of the Affordable Care Act of 2010, aka Obamacare. DSH is meant in part to compensate hospitals for providing free or discounted care to uninsured patients, a need that was expected to diminish as the ACA took effect.

Schumer supported that law, along with most other Democrats in Congress at the time.

Six times since then, Congress has passed budget bills that postponed the DSH cuts while leaving them on the books and making them deeper and longer-lasting. Five of those measures were signed by President Obama, and the most recent, in 2018, was approved by President Trump.

Schumer voted “yea” on all six of those bills.

The net result of these messy bipartisan actions is that federal DSH funding is officially scheduled to drop by $4 billion, or 29 percent, in federal fiscal year 2020, which starts Oct. 1.

Under the worst-case scenario – assuming Congress does not delay the cuts for seventh time – New York’s hospitals would collectively lose $650 million in federal aid for the first year, rising to $1.3 billion in 2021.

But it’s quite possible – even likely – that lawmakers will eventually delay them yet again.

“Threatening hospitals with such a substantial cut is fundamentally wrong,” Schumer said, failing to mention his own role in creating the situation. “However, I have stopped these scheduled cuts before, and am now vowing to again.”

Tuesday’s event was confusing enough that some media outlets mistakenly attributed the pending cuts to the Trump administration – when in fact they are really a holdover from the Obama years.

Schumer’s statement distorted reality on other points as well.

He said New York’s North Country “would be particularly damaged by the DSH cuts.” In fact, the bulk of the funding flows to hospitals in New York City and its surrounding suburbs, where low-income and uninsured patients are concentrated.

He cited estimates of how much various hospitals would lose over the next 10 years – including $6.2 million for Lewis County General – without noting that DSH, under current law, would revert to its current funding level after five years.

He said “no state stands to lose more funding than New York” – but that’s because state allotments have been frozen since 1993 and “currently have little meaningful relationship to the level of uncompensated care in a state,” according to the federal Medicaid and CHIP Payment Access Commission. New York accounts for about 6 percent of the low-income population DSH is supposed to benefit, but currently receives 15 percent of the funding.

In short, DSH is a long-standing dysfunctional mess that Schumer and the rest of Congress have been kicking down the road for a quarter-century. Judging from Tuesday’s head-spinning press conference, New Yorkers can expect more of the same.