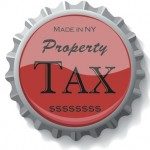 New York’s 2 percent growth cap on local property taxes would be made permanent under the Senate Republican version of a new state budget.

From the taxpayers’ perspective, it’s very encouraging to see the Senate make a high-profile move to line up on this issue beside Governor Cuomo, who already has promised to seek permanent enactment of the cap he first pushed to enactment four years ago.

Even more encouraging, Senate Republicans have positioned themselves to make tax-cap permanence a sticking point for passage of a state budget for the fiscal year that starts April 1.

The property tax cap is scheduled to expire in June 2016 under a provision that awkwardly ties the law’s fate to that of New York City rent control laws, which sunset this June. A provision in the Senate’s one-house budget legislation (S.4206), which is expected to pass in that house today, would delete the lengthy sunset language from the current cap law (see passage in red in bill segment reproduced at the end of this post).

While Cuomo has not hesitated to link other non-budget issues to passage of budget bills, he hasn’t made the cap’s permanent enactment a condition for a budget deal this year.

It was during the post-budget period during this first year in office, in 2011, that Cuomo used his leverage over the rent control extension to win passage of the tax cap from Assembly Democrats and their then-speaker, Sheldon Silver, who (by all accounts) insisted on making the cap temporary. This year’s rent control law sunset would give Cuomo renewed leverage to push for permanent tax cap law — and to block calls by the public education establishment to drill the cap full of loopholes.

Senate Republicans have now given the governor an opening to deliver on this priority sooner–as part of the budget, which needs to be wrapped up in the next three weeks.  They also proposed a 2 percent property tax cap for New York City, which is now excluded from the law.

So the positions are now clear:

Cuomo says he will seek to make the cap permanent.

Senate Republicans today will actually vote to do so.

And although Silver is gone, Assembly Democrats show no signs of moving in the same direction.

So it’s now up to the Senate and the governor to deliver. 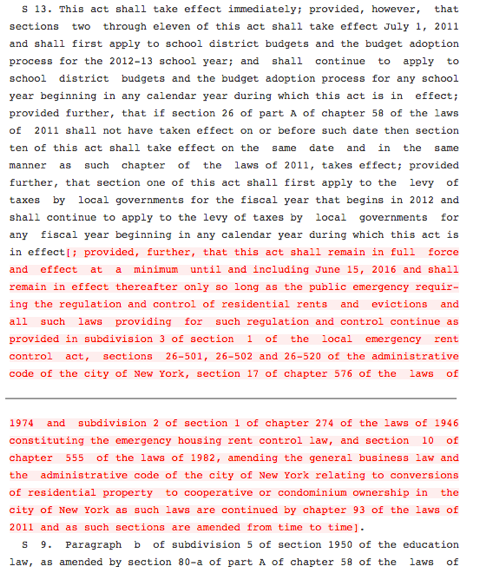