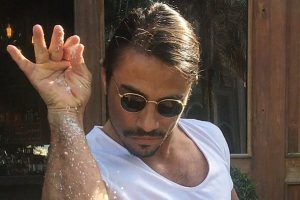 A statewide single-payer health plan that passed the Assembly three years in a row is due to make its annual stop at the chamber’s Health Committee on Tuesday morning.

This time around, lawmakers have a new reason to be wary: Due to recent changes in the federal tax code, the already exorbitant cost of single-payer for New York taxpayers has gotten even steeper.

Sponsored by longtime Assembly Health Chairman Richard Gottfried (D-Manhattan) the New York Health Act (A. 4738-a) would commit Albany to paying 100 percent of medical costs for all 20 million of the state’s residents – adding hundreds of billions of dollars to the state budget.

To cover those costs, the bill would impose two new taxes—one on payrolls, and another on non-payroll income such as interest, capital gains and other investment proceeds.

Previously, both of those levies would have been fully deductible from federal taxes, mitigating their bite for many New Yorkers. But federal tax changes enacted in December capped the deduction for state and local taxes, known as SALT, at $10,000 per year—a limit that a significant fraction of the state’s residents already exceed.

The new policy does not affect payroll taxes, which remain deductible. But the cap would apply to the New York Health Act’s proposed tax on non-payroll income—increasing the net cost to taxpayers by 10 percent to 37 percent, depending on their income bracket.

The dollar amounts involved are impossible to estimate, because the bill text leaves details of the tax hikes to be determined later. But they are sure to be large.

Even single-payer supporters acknowledge, based on the dubious estimate of a single economics professor, that such a plan would require the state to raise an additional $92 billion a year in revenue. That’s the equivalent of a 118 percent hike in every tax the state currently collects. Since the plan specifies no cost controls—and promises to cover every visit, test, procedure and prescription with no referrals, no restrictions on choice of provider and no copayments or deductibles—the real price tag is likely to go far higher.

Proponents have argued that the tax hikes would be offset by the savings on private insurance premiums that New Yorkers and their employers would no longer have to pay. But employer-sponsored benefits are fully deductible, while one of the two proposed taxes no longer would be, adding billions to the net impact.

Another cause for concern is the lack of any Congressional Budget Office-style cost-benefit analysis the plan’s feasibility, by the Health Department or anyone else. Such a step would be routine in Congress and in many other states, and should be a minimum precaution in this case.

As it happens, the New York State Health Foundation has commissioned such a study by the RAND Corporation, with the results expected to be published this summer. Given that single-payer would disrupt the coverage of every New Yorker and fundamentally restructure 20 percent of the state’s economy, waiting to hear from outside experts is the least lawmakers should do.