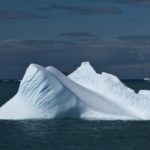 In what’s become an annual tradition, New York state lawmakers have re-introduced bills designed to prohibit or restrict changes to expensive continuing health insurance coverage for current and future government retirees—which would effectively lock in a growing unfunded liability of more than a quarter trillion dollars for taxpayers across the state.

Most New York state, municipal and school district employees who retire directly from a government payroll after minimally vesting in a public pension system can retain coverage under their (typically gold- or platinum-level) health insurance plans, with little or no required personal contribution. Also known as other post-employment benefits, or OPEB, this perk has vanished from employee compensation packages in most of the private sector.

Because most government employees retire before reaching the Medicare eligibility age of 65 (well before, in the case of cops and firefighters), and because retiree health premiums are separate from pensions, the cost of the OPEB promise is like a massive iceberg, with only the annual pay-as-you-go premium charges reflected in annual budgets. Beneath the surface are unfunded long-term liabilities estimated at $91 billion for the state government, $99 billion for New York City, and more than $250 billion for all levels of government.

There are two differences between pensions and retiree health coverage:

In 1994, when Governor Mario Cuomo was about to unsuccessfully seek his fourth term, teacher unions won approval of a state law that bars school districts from making any change to their retiree health benefits that is not first agreed to by unions representing active employees. Ever since, with the OPEB iceberg steadily expanding, unions representing other groups of employees have sought the same or even stronger “protection” for their OPEB coverage.

There’s been no lack of legislators willing to line up with the unions’ interests on this front.

Leading the OPEB protection charge over the past 10 years has been Sen. Andrew Lanza, a Staten Island Republican who has now reintroduced, for a sixth consecutive legislative session, a bill stipulating that government employers shall be “prohibited from diminishing” benefits for retirees or their dependents, or from changing premium contribution shares. That bill has bipartisan co-sponsorship, from Sen. Fred Akshar (R-Binghamton) and Sen. John Brooks (D-Seaford).

A “same as” version has been introduced in the Assembly by Assemblyman David Weprin, D-Queens, with support from no fewer than 31 co-sponsors or multi-sponsors, including at least nine Republicans such as former mayoral candidate Nicole Malliotakis of Staten Island as well as a mix of upstaters and Long Islanders.

The “justification” section of the sponsors’ bill memo begins with a bland statement of the obvious: “Given the increasing costs of health care, health insurance coverage is of tremendous importance to retirees and their dependents.” Noting that school employees already benefit from the 1994 lock-in law, the memo goes on to cite the need for “a uniform standard of protection which applies to all retirees and their dependents, unless covered by a more favorable union contract.”

And that’s the argument in a nutshell: government retirees want this protection (surprise!), and therefore they should have it.

But what about the cost? On that issue, the sponsors’ memo is disingenuous and misleading even by the very low standards of such legislative filings:

In reality,  the bill would lock in benefits on both the state and local level. And the current level of benefits is, in fact, a growing problem—rising considerably faster than inflation, adding to that continually growing, $250 billion-plus iceberg. For some fiscally and economically shaky municipalities with massive employee legacy burdens, the current annual cost of health insurance premiums for retirees already equals or exceeds the cost of benefits for active employees.

And, again, the Lanza-Weprin bill would make it much more difficult to curb these costs—even though the beneficiaries are by definition the best-compensated class of retirees in the state, including a small but growing number whose annual pension benefits alone exceed six figures.

Lanza’s bill was moved to the Senate floor calendar last month and is now on “third reading,” a step away from a floor vote. Weprin’s Assembly version is in the Governmental Employees Committee, chaired by the reliable union ally Peter Abbate, Jr.

Governor Andrew Cuomo, like his predecessors, presumably would veto the bill if it (or one of its near look-alike versions) ever reached his desk.

But it says something about the Legislature that so many members in both parties are willing to support such a measure, apparently without giving a second thought to the impact on taxpayers.