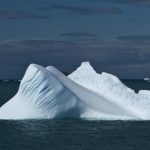 New York State’s unfunded liability for other post-employment benefits (OPEB) grew to $87.3 billion in fiscal 2017, a $9.4 billion increase over the previous year, according to the state Budget Division’s just-released First Quarterly Update of the fiscal 2018 financial plan.

The state government itself (legislative, executive and judicial branches) accounts for $72.83 billion of the total OPEB cost, which reflects the net present value of health insurance coverage promised to employees who retire after at least 10 years of service. The State University of New York (SUNY) accounts for the remaining $14.43 billion. All of the increase over the previous year’s figure of about $78 billion was attributed to the state government and not SUNY.

The financial plan update (see pp. 42-43) says “a significant portion” of that growth had been driven by a reduction in the discount rate used to calculate the projected retiree health benefit obligation. The rate is based on the 20-year average return from the state’s Short Term Investment Pool, or STIP, which dropped from 3.155 percent to 2.637 percent in the past year. The lower the discount rate (reflecting assumed market earnings and thus the economic value of the OPEB promise), the larger the obligation.

Government retirees at almost every level in New York are entitled to continuing health care coverage at a heavily discounted rate, or even for free—a benefit that has virtually disappeared from the private sector.

The state government’s collective OPEB obligations are enormous because, in contrast to pension benefits, retiree health care is not pre-funded with deposits into large investments polls but covered on a “pay as you go” basis.  In other words, current taxpayers must lay out cash to cover the cost of a health benefit earned in the past–sometimes the distant past–by current retirees.

It’s a classic cost shift from one generation to another, and it’s fundamentally inequitable and inefficient.

The annual charge for retiree health coverage—about $1.5 billion in the fiscal 2017 state budget—is just the tip of a very big iceberg. Counting all public agencies in New York, including localities and authorities, the Empire Center estimated in 2012 that the total OPEB obligation came to $250 billion. At that point, the state’s obligation alone was $14 billion lower than the current figure.

OPEB is in effect, a debt—although it has never been counted with other long-term liabilities on the face of the state’s financial statement.

But that’s about to change. Starting in fiscal 2019, a new government accounting standard will require New York State to add its enormous unfunded OPEB number to the list of liabilities on the state’s balance sheet. And this, the financial plan acknowledges, will “significantly increase the State’s total long-term liabilities and act to lower the State’s overall net position.”

In fact, in all probability, New York will be in a state of what accountants call “balance sheet insolvency,” which means that the total amount owed by the state government will exceed (easily exceed, in fact) the value of all that it is owed plus the value of its assets. It won’t be alone in that category, though. Most counties, cities and school districts, as well as larger towns, will find themselves in the same sort of spotlight.

New York City, alone among major state or local governments, has voluntarily chosen to list its entire unfunded OPEB liability on the face of its balance sheet in financial statements for almost a decade. So far, credit rating agencies don’t seem to care, shrugging off retiree health coverage as a promise that, unlike the pension obligations, can be broken without violating the constitution or defaulting on a legal obligation. Which is technically true—but try telling it to public employee unions or retiree groups, which have blocked the last several New York governors, including Andrew Cuomo in his last budget, from attempting to restructure retiree benefits.**

** In 2011, Cuomo did win passage of legislation allowing him to raise retiree health premiums by 2 percent a year, as a reader of this blog noted via Twitter.  That action has been challenged in state and federal lawsuits filed by public employee unions and retired employees.  The savings from the premium increase is not specified in the financial plan; and, unfortunately, the Budget Division this year stopped providing separate estimates of retiree health premiums in the financial plan table breaking down fringe benefit payments. However, data reported in the OPEB section of the report make it possible to calculate that retiree premiums in fiscal 2017 were $1.447 billion, an 18 percent increase over the fiscal 2011 figure of $1.223 billion. Health insurance costs for both retirees and active employee are projected to grow by another 31 percent from fiscal 2018 through 2021, according to projections in the latest financial plan update.