Did someone say “mandate relief”? The Suffolk County Legislature is actually begging the state for another potentially costly collective bargaining mandate. Lawmakers in New York’s most populous county last month approved a home-rule message asking the state Legislature to allow compulsory binding arbitration of contract disputes between the county and the union representing its 276 probation officers. 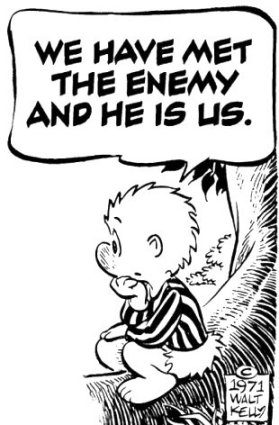 In the 37 years since it was first authorized by a supposedly “temporary” amendment to the Taylor Law, arbitration has been a major factor in the escalation of police and firefighter pay throughout the state — especially on Long Island. (See pp. 9-12 of the Empire Center’s “Taylor Made” report.)

The average Suffolk probation officer’s salary is a respectable $75,000 a year, according to the county budget office. But the probation officers’ union naturally craves access to the same dispute resolution process that has driven the county’s average police salary well into six figures. The latest Suffolk police arbitration award reduced starting pay but raised base salaries to $108,600 after six years on the job, not counting overtime and other extras that typically add tens of thousands of dollars a year.

The home-rule resolution seeking arbitration for probation officers was first passed by the Suffolk Legislature last year, over the objections of County Executive Steve Levy. It then breezed through the state Legislature (naturally), only to be vetoed by Gov. David Paterson.

While I greatly value the important work performed by these public servants, I believe that an expansion of binding arbitration would be unwise generally, and unwarranted in the case of this particular bargaining unit.  Probation officers do not have access to binding arbitration anywhere else in the State, nor do they at the State level.  There is no apparent basis for limiting this right to Suffolk County, and the inevitable result of enacting this legislation would be extend binding arbitration to such employees statewide.  Such an extension would require localities and the State to place greater control over collective bargaining in an unelected and unaccountable third party, at a time when the need for financial responsibility is paramount.

In these difficult fiscal times, local governments must be able to restrain their expenditures when necessary.  This bill, however, would deprive the Suffolk County Executive of the ability to limit labor costs whenever a third party arbitrator orders otherwise.  I believe, to the contrary, that binding arbitration, which takes a crucial management function from the hands of elected officials, should be restricted to a very limited set of circumstances not presented by this legislation.

Perhaps Suffolk lawmakers believe their union friends the county’s probation officers will catch a break from Governor Andrew Cuomo. Ignoring Paterson’s objections, the Suffolk Legislature’s March 8 vote for the home-rule message message was 16-0 in favor, with one “not present.”

The justification?  Well, the resolution says, probation officers get advanced weapons training. They execute warrants. They are classified as “peace officers.” They face “inherent dangers.” Why, they’re practically cops!

This pretty much sums up the universal excuse for every piece of state legislation aimed at sweetening compensation or collective bargaining privileges for any given group of public employees.  No matter how good a deal a particular union might already have,  there’s almost always another union with an even better deal.  When the groups in question are “similar,” as the Suffolk resolution says in comparing probation officers to police, the argument seems that much stronger to politicians who’d just as soon find a way to agree with the union on “fairness” grounds.  Speaking of fairness, the Suffolk resolution also endorses the frequent union assertion that arbitration is a “fair and timely” way to settle contracts and avoid strikes. But strikes are already outlawed under the Taylor Law. It’s ironic to find a veiled threat of an illegal strike used in connection with a group of law enforcement personnel.

Albany’s response to the Suffolk measure will be an interesting gauge of how much things have changed in the state Capitol — assuming they have really changed at all.  It will be a particularly important test for Senate Republicans, who lately have been making noises about coupling a property tax cap with strong mandate relief.  Will the Senate GOP adhere to its tradition of rubber-stamping home-rule messages?  Or will the Majority Conference turn over a new leaf by keeping this bill buried — and by, say, modifying the state’s existing arbitration statute as New Jersey just did?

This is also a potential test for the governor.  If the state Legislature reverts to form and again passes the Suffolk arbitration bill, will Cuomo follow Paterson’s lead in vetoing it?

Meanwhile, Suffolk County residents annoyed by their high property taxes should remind themselves of the Pogo Rule: the problem begins at home.