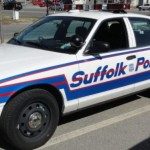 New York’s most populous suburban county has just ratified a trio of labor deals with its largest unions—and, in the process, showcased some of the worst aspects of collective bargaining across the state.

The Suffolk County Legislature on Tuesday night ratified* new contracts with the county’s Association of Municipal Employees (AME) and Police Benevolent Association (PBA), which together represent more than half of the county workforce. They also approved a healthcare cost-sharing agreement with the Suffolk County Organization of Public Employees (SCOPE), a consortium of all 11 county employee unions. The deals were negotiated outside public view by County Executive Steve Bellone—standard practice for New York public employers.

Bellone, who is running for a third term this year, issued a news release claiming the deals together “secure $40 million dollars in new health care savings and result in the lowest level of raises for Police Officers in decades.” But his office produced no details to support this claim before he sent the measure to county legislators for approval.

Lawmakers waived a county charter-required seven-day waiting period to vote on the deals before more details emerged or could be scrutinized, and approved each measure nearly unanimously.

That leaves a lot of questions yet to to be answered. For one thing, it’s hard to know just what lawmakers were agreeing to, because the AME and PBA contracts were memorandums of agreement that modified existing deals. Those contracts, however, were never filed with the state Public Employment Relations Board (PERB), as required by state regulations, nor were they posted on the county website. The PBA MOA modified a 2012 MOA, which modified terms set in a 2010 arbitration award, which were based on a 2004 contract. Unless legislators were presented with all four documents, they had no way of seeing what they were actually committing to.

The healthcare savings will come in part from having all employees pay 2 percent of their earnings (between $1,500 and $3,750) toward the cost of premiums. That produces an immediate reduction in costs for the county, but still leaves taxpayers absorbing future cost increases. Language in the SCOPE deal requires the parties to find additional savings to prevent the deal from expiring in 2023 or 2024 instead of 2025, but the county’s only recourse from runaway costs will be reducing expenses through binding arbitration or moving employees to the New York State Health Insurance Plan. In either case, the county will have a hard time getting employees to pay more for an expense that’s jumped more than 40 percent in six years.

The County Legislature released a single-page analysis of top-line costs for each of the three deals, without providing a cost breakdown for specific provisions. Adding up the projected costs and savings of the three deals in each year (see below) show the county’s expects to save more money than it pays out in raises during 2019, 2020, and 2021. In 2022, new costs would slightly overtake savings, and in 2023, the deals would add more than $70 million to the county’s personnel costs. No figures were projected for 2024 or 2025, but given that more than a third of PBA-represented employees have been on the job fewer than six years, it’s likely police pay costs especially will surge in the out years.

Unlike the anticipated healthcare savings, the new costs from raises are guaranteed to materialize.

The lengths of the deals are themselves problematic. The AME contract runs through December 2024 and the PBA and SCOPE deals run through December 2025. That means the winners of the next two general elections for county legislature will already be committed to the terms.

Those terms include agreements to shovel more public money into both AME’s and PBA’s union-run “welfare funds,” through which county employees get benefits such as dental and vision. Welfare funds are an outmoded and inefficient approach to benefits that prevents the county from using its size advantage to get better deals from vendors—and from making sure the money is being spent appropriately.

Most notably, the AME deal contains language that likely won’t hold up in court. AME is the exclusive representative of about 5,000 workers, with whom the county has agreed not to bargain directly, or to let any other union bargain on their behalf. But as that exclusive representative, the union is held to what courts have defined as the “duty of fair representation.” In short, it means the union has to do its best to represent every worker (member or non-member) equally well.

Under section 17 of the AME MOA, the county has committed to pay into a union trust that would provide retiree health benefits only to “members in good standing.” Under the state’s exclusive representation rules, a public employer cannot confer a special benefit specifically on those workers who choose to pay union dues. It’s a blatant attempt to help AME pressure retirees into remaining dues-paying members after they retire by giving them a taxpayer-funded carrot to dangle.

In other news, both the PBA and AME will soon issue endorsements in upcoming races for county executive and county legislature.

* The final vote count has not yet been posted but at least 16 of the 18 legislators voted for the three measures.