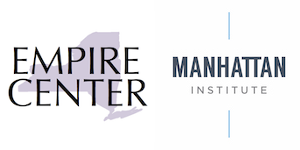 Promoting his proposal to offer free tuition at New York State’s public colleges and universities, Governor Andrew Cuomo has said “college is a mandatory step if you really want to be a success,” and that “a college education is a necessity to compete in today’s economy.”

Attendees heard from a panel of experts in Albany on March 13 at 10am as they discussed these and other aspects of the governor’s proposal.

2020 Hindsight: Lessons of the Coronavirus Pandemic in New York

How Not To Go Viral: Preparing New York for the Next Pandemic