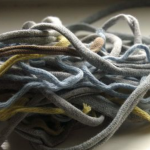 For the time being, at least, Governor Cuomo’s 2018-19 Executive Budget left a pile of loose ends in the state tax code.

With one notable exception, the initial version of the budget doesn’t address any of the myriad corporate and personal income tax (PIT) conformance issues raised by passage of the new federal tax law.

Nor does it actually restructure the state tax code in any way designed to thwart the new federal cap on state and local tax (SALT) deductions, despite the governor’s suggestion (initially in the State of the State, and again in yesterday’s budget presentation) that he might seek to replace all or part of the PIT with an employer payroll tax or enact some other law designed to circumvent the SALT cap. Instead, he announced those issues are to be explored in a special Department of Taxation and Finance study, which would presumably tee them up for consideration during the 30-day budget amendment period.  **See update at end of this post.**

In the meantime, despite Cuomo’s repeated denunciations of the SALT cap, the Executive Budget did nothing to prevent the same $10,000 limit from automatically applying to property tax deductions claimed on New York’s own PIT.

This would result in a tax hike of $400 million, which would fall mainly on the same high-income New York residents who are losing the most in federal SALT deductions. Yet unlike other, much more complicated conformance issues, this would have been easy to fix in the governor’s initial budget submission.

Under Article 22 of the state Tax Law, New Yorkers who itemize on their federal individual income tax returns can also choose to itemize the same amount, minus New York “subtraction adjustments,” on their state PIT returns. The relevant language of Section 615 of Article 22 reads as follows:

If federal taxable income of a resident individual is determined by itemizing deductions from his federal adjusted gross income, he may elect to deduct his New York itemized deduction in lieu of his New York standard deduction. The New York itemized deduction of a resident individual means the total amount of his deductions from federal adjusted gross income, other than federal deductions for personal exemptions, as provided in the laws of the United States for the taxable year, with the modifications specified in this section, except as provided for under subsections (f) and (g) of this section. [emphasis added]

With no further change in the law, the state PIT starting in 2018 would conform to the new federal law, which eliminates many miscellaneous deductions and caps the deduction for property taxes at $10,000. To prevent this from happening, all the governor had to do was submit budget bill language amending Section 615 of Article 22 to include a reference to “2017” before the comma after the phrase to “taxable year.” Such a change would be revenue neutral, simply preserving tax breaks New York residents can already claim, although it would also require itemizers to file a separate Schedule A list of deductions for state purposes.

The number of state itemizers is smaller than the number of New York residents itemizing on federal returns for two reasons:

As of 2014, the latest year for which data are available, more than 1.6 million New York residents claimed itemized deductions for property taxes. As shown in the table below, the average property tax deduction was below the new federal cap for the vast majority of taxpayers earning less than $200,000. However, it was well above the cap for those earning higher incomes.

The number of New Yorkers choosing to itemize deductions on their federal income taxes—and thus allowed to itemize on state returns—is expected to drop sharply under the new federal law, the Tax Cuts and Jobs Act, which nearly doubles the federal standard deductions to between $12,000 and $24,000 for singles and married couples respectively. Barring any additional change to Article 22, this will also reduce the number of state itemizers. Those still finding it worthwhile to itemize on federal returns will consist mainly of higher-income households with larger deductions, including most filers with AGI above $200,000.

Based on the 2014 data, a $10,000 cap would eliminate 30 percent of the average property tax deduction for filers in the $200,000 to $500,000 bracket, and 86 percent of the deduction for those earning more than $500,000. In combination with the loss of other deductions, this would result in a $400 million state PIT hike for affected residents, according to the estimate on page 21 of the Taxation and Finance study. This is real money even by New York State budget standards, yet it is not even acknowledged in the official financial plan, which generally bases revenue estimates on a strict interpretation of current law.

Presumably, Cuomo does not actually intend to allow this to happen. Indeed, as a technical matter, he has all year to fix it. And, as noted, such a fix would have zero impact on state revenues. The unanswered question is why he didn’t bother to do it right away.

Interestingly, the only conformance issue the governor did immediately address would have saved most families a lot of money—but cost the state a bundle.

The Empire State Child Credit is pegged at up to 33 percent of the federal child credit, or $333 per child between the ages of 4 and 17.

The new federal tax law will double the credit to $2,000 per child and raise the income phase-out range to a starting point of $200,000 for single filers and $400,000 for married couples. Thus, under current New York law, the state credit would also double, to a maximum of $666 per child, and the numbers of filers able to claim it would significantly expand. This would reduce state revenues (i.e., cut taxes for eligible families) by $503 million starting in fiscal 2020, according to a memo submitted with Cuomo’s budget. To prevent that tax cut from happening, Cuomo’s budget legislation decouples from the federal law by pegging the credit and the income phase-outs to the levels in the old tax law.

UPDATE — In a similar vein, the Taxation and Finance study estimates that the state would reap a $325 windfall revenue gain as the net result of three other changes to individual income tax provisions: