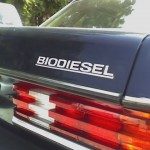 The state Senate is considering a measure to force New Yorkers to buy heating oil blended with biodiesel—but it’s not the kind of environmentally friendly, “green” policy its supporters would have you believe.

Biodiesel is a fuel derived from organic compounds such as spent frying oil and vegetable oils. Originally, biodiesel provided a nifty way to recycle spent oils, which restaurants previously had to pay someone to haul away. Unfortunately, the push for energy independence also gave rise to policies, namely a 2005 federal tax credit, that pushed people to start raising crops specifically to turn them into biodiesel—and government subsidies.

The current Senate biodiesel mandate bill, proposed by Senator David Valesky, D-Madison County, is awaiting consideration in the Senate Finance Committee. Valesky’s memo asserts that enactment of his proposal to require home heating oil sold in New York to include 2 to 5 percent biodiesel would have “a positive effect on the environment, for farmers, and consumers” and “help to reduce air pollution because bio-fuels will result in less air pollutants including carbon dioxide, nitrogen oxide, sulfur dioxide, and carbon monoxide.”

He also claims that “increased demand for feedstock will provide New York farmers with opportunities to produce feedstock locally and supply the bio-fuel industry creating jobs and opportunities for growth.”

The formulations of both biodiesel and the petroleum oil now in use can vary, but by certain measurements, biodiesel can burn more cleanly: for example, a gallon of biodiesel generally produces substantially more nitrous oxide but less sulfur dioxides and carbon dioxide when burned, side by side, with a gallon of petroleum oil.

However—and this is a key point ignored by Valesky and other biofuel advocates—when plants are being grown for the express purpose of turning them into biodiesel, the process becomes grossly inefficient.  In fact, producing a gallon of biodiesel ultimately ends up putting more carbon dioxide in the air than producing a gallon of petroleum heating oil.

The biofuel mandate is noteworthy because, unlike other energy regulations, it doesn’t even produce a clear collective benefit. For example, when the state placed a cap on the sulfur content of heating oil in 2012, it reduced the amount of sulfur compounds in exhaust. As explained in a 2015 Empire Center report, in addition to generating more carbon dioxide than conventional petroleum oil when produced on a large scale, biofuel releases less heat per gallon than petroleum heating oil, which makes Valesky’s claim that the mandate will benefit consumers even more dubious.

Previously, Albany had sought to incentivize biodiesel usage with a tax credit of up to 20 cents per gallon for people using heating oil that contained it, but after December 31, 2016, the credit only applies to blends containing at least 6 percent biodiesel. Producers, on the other hand, will continue to receive up to $2.5 million per year in tax credits for up to four years for manufacturing it.

This new push for biodiesel actually works at cross purposes with the state’s other environmental efforts: biodiesel producers will pocket a federal tax credit and a state tax credit on each gallon of a product that the state is going to make people buy, even though the overall policy puts more carbon dioxide in the air.

In many ways, the biodiesel push mirrors the federal government’s ethanol mandate, which requires that automotive gasoline contain at least 10 percent of the liquid to be sold in the U.S. The requirement has been sustained chiefly due to its popularity among the corn farmers in Iowa who grow crops specifically to be turned, inefficiently, into ethanol.

So who plays the politically potent corn farmers in the current biofuel push?

Meanwhile, the United Biofuels’ Greenpoint facility owned by grocery store magnate John Catsimatidis is positioned to be the largest producer of biodiesel in the state.

However, based on the “No Data” reported for New York by the EIA, Greenpoint hasn’t made mandatory filings detailing its production or capacity, so it’s impossible to say how much the plant is or could be making.

The Assembly companion to Valesky’s bill, sponsored by Assemblywoman Patricia Fahy of Albany County, is now in the Assembly Higher Education committee.

Speaking of the ultimate impact on the environment, Greenpoint’s permitting from the Department of Environmental Conservation notes how the plant will generate steam and electricity to make biodiesel: by burning natural gas—and petroleum oil.