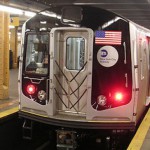 Remember the three-day New York City transit strike of December 2005? If you do, you must be imagining things—because, according to an official legislative filing by Assemblyman Peter Abbate, Jr. of Brooklyn, there hasn’t been a transit work stoppage in the city since 1989.

Abbate made that claim—or tacitly signed onto it, at any rate—in the memorandum he filed as sponsor of a bill (A.5303) that would add four upstate New York public transit authorities to a state Taylor Law provision that allows for binding arbitration of labor union contract disputes involving the Metropolitan Transportation Authority (MTA) and New York Transit Authority (NYTA).

Sloppy bill memoranda riddled with inadequate and even misleading information are nothing new in the chronically dysfunctional state Legislature. But even by Albany standards, the Abbate memo is a whopper.

To begin with, the memorandum says the bill amends a portion of Section 208 of Civil Service Law—when, in fact, the section in question is 209 (as is made clear at the beginning of the bill text itself). That could be dismissed as a typographical error, but what follows is worse. The “Justification” section of the memo begins with this sentence:

In fact, Section 209.5(a) of Civil Service Law does not “require” arbitration of city transit contract impasses. Rather, it says that an arbitration panel will be formed if (a) the state Public Employment Relations Board (PERB) decides a “voluntary resolution [of a contract dispute] … cannot be affected,” or (b) “upon the joint request” of the union and the transit authority. The distinction is an important one: compulsory arbitration is more likely to be overused (and abused) when it can be effectively forced by unions alone, as has been the case for the past 42 years in contract disputes involving local police and firefighters.

Compulsory arbitration has allowed the people of New York to enjoy uninterrupted service in the MTA and NYCTA area since 1989.

In fact, as most adult New Yorkers (including Abbate’s constituents) will recall, the 33,700 members of Local 100 of the Transit Works Union (TWU) walked off their jobs at 3 a.m. on Dec. 20, 2005—inconveniencing millions of commuters and causing an estimated $1 billion in economic losses before service was fully restored on the morning of Dec. 23.

To cap off the justification, the bill memo states:

All evaluations of the effects of this [arbitration] law have been positive and have advocated the continuation of this process.

“Evaluations” by whom? The memo doesn’t say.

In fact, a strong case can be made that binding arbitration merely is a way for public agencies to duck accountability and shift the blame for unaffordable and even budget-busting results. That’s what happened in late 2008, when, at the direction of then-Governor David Paterson, the transit authority joined the TWU in seeking arbitration of the next contract they attempted to negotiate after the pact that ended the strike three years earlier.

The result, as described here:

Almost unbelievably–in the midst of the New York’s worst economic downturn since the Great Depression, not to mention the MTA’s own severe fiscal crisis–transit workers belonging to Local 100 of the Transport Workers Union will receive an 11.3 percent pay increase over the next three years, under an award from a three-member state labor arbitration panel.   The arbitration panel also agreed to cap worker contributions to employee health insurance–rolling back part of a key union concession after the TWU’s illegal 2005 strike.

The arbitration award was blasted as “unprecedented” by the one dissenting voice on the three-member arbitration panel, Dall Forsythe, a New York University professor who had served as Governor Mario Cuomo’s budget director.

The Abbate memo concludes by describing his bill’s fiscal implications as “none,” which is not unusual: at this point, there is a virtual legislative tradition of denying that potentially far-reaching labor laws will have any impact on budgets, despite ample evidence to the contrary.

In reality, laws like Abbate’s transit arbitration proposal can have significant and far-reaching fiscal implications: for example, by opting for arbitration, the Paterson administration effectively caved to a bigger pay raise than the MTA could afford and failed to seek much-needed changes to work rules that continue to drive up transit costs.

Unfortunately, the inaccurate Abbate bill memo is all too typical of what’s been coming out of the Legislature for years. As chairman of the Assembly Committee on Governmental Employees, Abbate has a notable track-record of simply introducing whatever he’s handed by unions. All the same, it would be nice if, among many other needed rule-changes, New York lawmakers insisted on being presented with fair and accurate explanations and analyses of the potential consequences of proposed bills.

Abbate’s bill was on today’s Assembly debate list—so by the time you read this, it may already have passed, probably without debate. Meanwhile, the bill has a Senate companion, backed by an identically worded memo. The sponsor, Sen. Richard Funke, is from Rochester, so he at least has an excuse for not remembering the transit strike. (The Senate bill had advanced from committee to the floor calendar.)

Even by Albany standards, sponsor's memo for bill affecting upstate transit systems is sloppy and inaccurate.