On a statewide basis, private-sector employment in New York as of April was up 106,600 jobs from the same month in 2017, according to the latest monthly estimates from the state Labor Department. This translated into a 1.3 percent growth rate during a period when the national private job growth was 1.7 percent.

New York City, Long Island and the lower Hudson Valley accounted for 92,300 of those added jobs, including 66,900 (a growth rate of 1.7 percent) in the city alone.

On a percentage basis, the fastest growing area of the state was Ithaca, up 1,700 jobs, or 3 percent. Among upstate’s top four metropolitan areas, Buffalo-Niagara Falls had the strongest year-to-year growth, up 6,800 jobs, or 1.5 percent. At the other extreme, the Southern Tier continues to sink, with falling employment totals in Binghamton and Elmira. Employment growth in rural, non-metro areas also is barely above stall speed, up just 300 jobs (0.1 percent) over the prior year.

The statewide unemployment rate of 4.6 percent remained above the national rate of 3.9 percent—and lower downstate than upstate.

The regional breakdown of private job growth, screen-capped from the Labor department report: 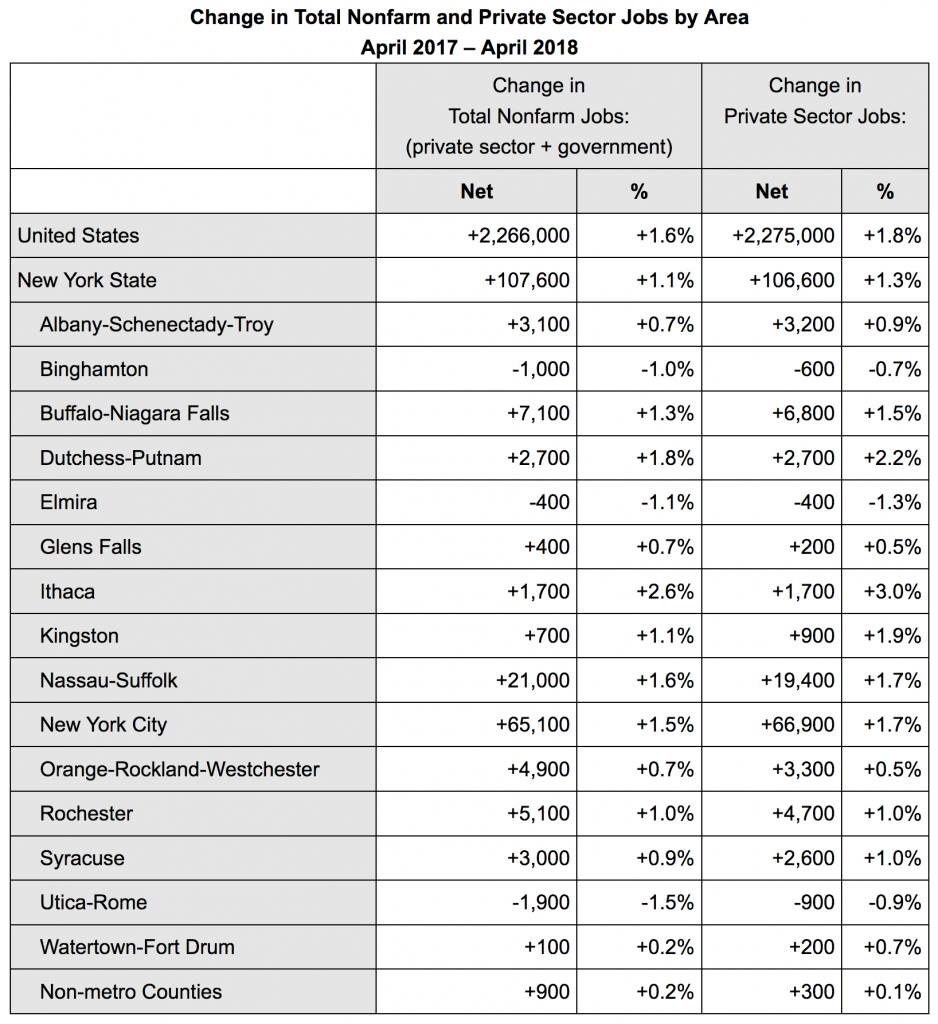