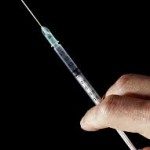 As they make their now-routine announcements about new cases of coronavirus, some New York health officials have been publicizing the public places and events that the infected people visited, to put others on notice about their own possible exposure.

This is a useful and no-cost strategy for flattening the curve that other agencies should follow.

Current examples include the health departments of Erie and Niagara Counties, which have been listing specific locations and events that patients visited, along with dates and times, in press releases and on websites. In a similar vein, private institutions, such as the Diocese of Brooklyn, have been alerting parishioners about possible exposures.

People who were at the same place at the same time – a certain grocery store, for example, or a particular religious service – will then know that they, too, are at elevated risk, and become more cautious about social interactions to avoid spreading the virus.

Other county agencies are simply giving the latest count of infected individuals, and perhaps identifying their home town – which leaves people that may have been in the same location as an infected person in the dark.

Transparency is crucial in stopping this particular pathogen because patients are often asymptomatic and unknowingly infecting others. Outside of people under voluntary or mandatory quarantine, New Yorkers are essentially being treated as though they have the same likelihood of being infected – which, on such a broad basis, is relatively low.

Ideally, the information would be centralized by either a national agency or the state Department of Health. A well-publicized database, coupled with mapping software, could become a useful tool to minimize illness and avoid overwhelming the health-care system.

With the outbreak and the government response, acting as a wet blanket on the economy, creative solutions are needed to even marginally reduce the spread. County officials, many of whom have bitterly opposed arguments for consolidation or other reductions in local control, should step up to the challenge.

Ken Girardin is the Empire Center’s Policy Analyst, performing detailed analysis of data and public policy in support of the Center’s research work.