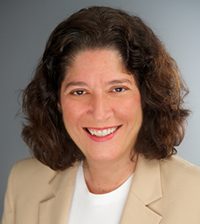 Confirmation hearings for Maria Vullo, Governor Cuomo’s nominee for superintendent of the Department of Financial Services, hit a sour note on Thursday when the questioning turned to last year’s collapse of Health Republic Insurance.

Although the fiasco unfolded before Vullo’s time at the department, her comments gave a misleading account of events and downplayed DFS’s own responsibility for what went wrong—raising doubt as to whether she has learned from her predecessors’ mistakes.

Health Republic was a non-profit “co-op” (consumer-operated and oriented plan) founded under the Affordable Care Act in 2013. By offering top-drawer benefits at rock-bottom prices, the company both attracted customers and ran up deficits from the beginning. DFS not only failed to stop Health Republic’s money-losing practices, but denied its full rate-hike requests in 2014 and 2015.

The company then learned that some $200 million in federal subsidies it had been banking on would not materialize, leaving it effectively insolvent. DFS shut the plan down in November 2015, disrupting coverage for 215,000 customers and sticking medical providers with hundreds of millions in unpaid bills.

Asked by senators how she would have handled things differently, Vullo asserted that the department was misled about Health Republic’s deficits.

“What I can tell you is that the company had provided financial statements to DFS of solvency, a very high level of solvency, throughout the time period,” she said. “And it was only until June 2015, when an outside auditor provided an audited financial statement that caused a deep-down review, where we saw that the estimates of liabilities were higher than perhaps they should have been.”

According to a revealing post mortem by Crain’s New York Business, newly appointed CEO Debra Friedman concluded in the summer of 2013—before Health Republic had sold a single policy—that its premiums were too low to be sustainable.

By August, one month into her new job and two months before New Yorkers could begin enrolling in Obamacare plans, Friedman realized the insurer had set itself up for disaster, former staffers said. She asked DFS to let Health Republic refile its rates. The regulator refused. Troy Oechsner, the agency’s deputy superintendent for health, said changing approved rates would be akin to having a closed bid and then letting one bidder change its offer after all the bids were made public.

As for why the company looked solvent on paper, this was because it expected tens of millions of dollars in “risk corridor” subsidies from Washington, and plainly reported that mushrooming amount on its balance sheet as an asset receivable. That was a questionable practice to say the least, since the subsidy was meant to partially compensate insurers for excessive operating losses in the early years of the ACA—meaning the more money Health Republic lost, the bigger this “asset” grew. Plus, in December 2014, a newly passed law barred the Obama administration from using tax dollars to make up a shortfall in the risk corridor program, putting both Health Republic and DFS on notice that the company was unlikely to collect its full amount. In the end, insurers owned money from risk corridors received only 12.6 cents on the dollar.

As Senate Health Chairman Kemp Hannon said to Vullo: “It became pretty obvious in retrospect—and hindsight always gives you great wisdom … that there were warning signs all along the way, that we should have known, we could have known. It wasn’t just the June or July outside auditor.”

Also discouraging, if unsurprising, was Vullo’s expression of support for New York’s “prior approval” law, which empowers DFS to directly regulate health insurance premiums. The industry charges that the department, under political pressure to keep prices low for consumers, tends to cut too deep—a complaint bolstered by the department’s decision to lower some of Health Republic’s rates a few weeks before declaring it insolvent. Also, there’s no evidence, in New York’s competitive insurance industry, that regulation works better than competition to keep premiums in line.

Yet Vullo’s comment on prior approval was: “From the regulator’s perspective, I think that serves New Yorkers well.”

She also resisted the idea, as suggested by Insurance Committee members, that the department should present actuarial evidence to back up its rate decisions.

To her credit, Vullo emphasized that she considers assuring the financial health of insurers—which was the original purpose of insurance regulation—to be her top priority.

“My main goal is the fiscal soundness of the institutions,” she said. “That is the primary part of my job, and I take that incredibly seriously.”

Prior approval, she said, means “balancing the financial solvency issues, which is my primary concern, and the tremendous cash burden on people, on your constituents, in terms of health insurance rates. And that’s not an easy task.”

It’s a balancing act she should not have to perform.