Measured in current dollars, unadjusted for inflation, personal income nationally increased 5.6 percent from 2017 to 2018, according to the Bureau of Economic Analysis (BEA).

In New York, however, statewide personal income growth was just 4.3 percent—fifth lowest of any state. This probably reflected, at least in part, the impact of the new federal tax law, effective in 2018. The impending loss of uncapped SALT deductions is thought to have prompted many high earners to accelerate salary and bonus income from 2018 into 2017—when New York’s annual personal income growth of 6.8 percent was well above the 50-state average of 4.7 percent.

Another tale of two states

Personal income in the 50 upstate counties (which, with fewer high-income earners than the New York City region, would have been less affected by the SALT cap) grew just 3.05 percent in 2018. That average ranked in the bottom quintile for counties nationally and was far below the level of the slowest growing state (Kentucky, at 3.9 percent).

County-by-county numbers and the upstate-downstate averages of personal income for 2017 and 2018 are shown in the following table. 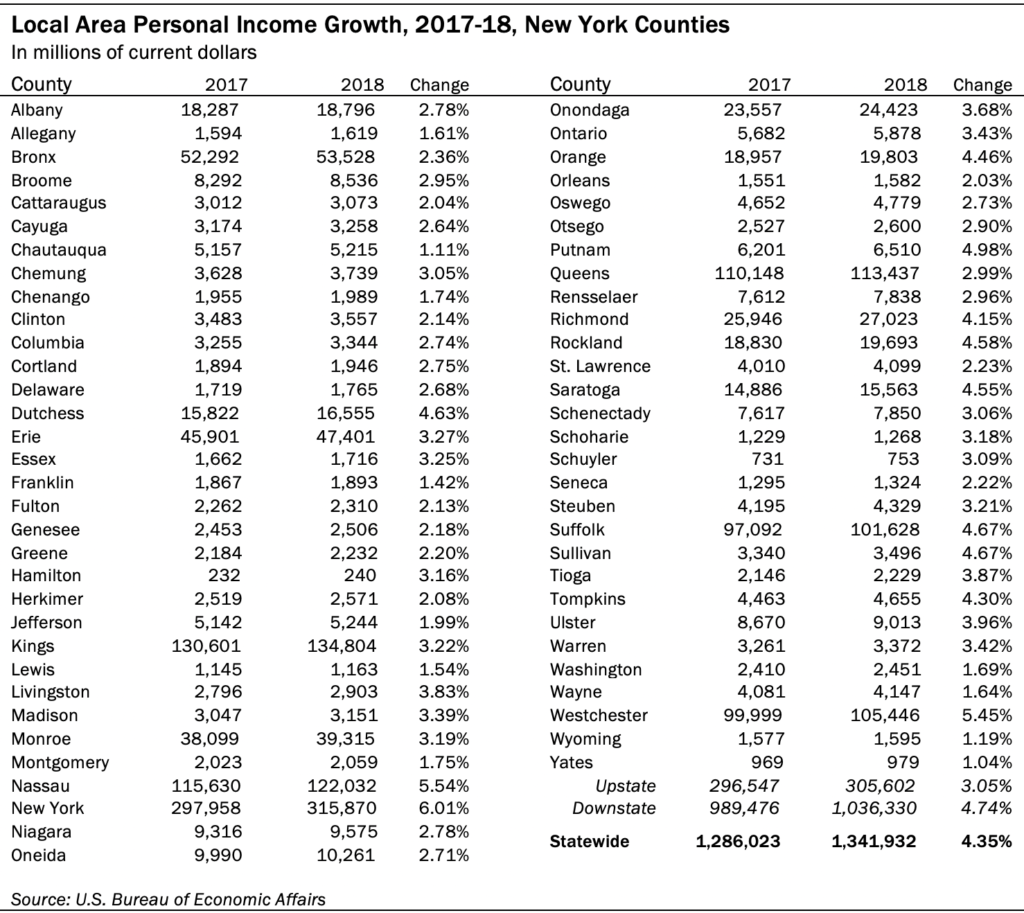 The BEA’s 50-state map of county-level personal income growth rates across the country provides a broader comparative illustration of the trend. Most New York counties are in lighter shades, denoting lower rates of growth. 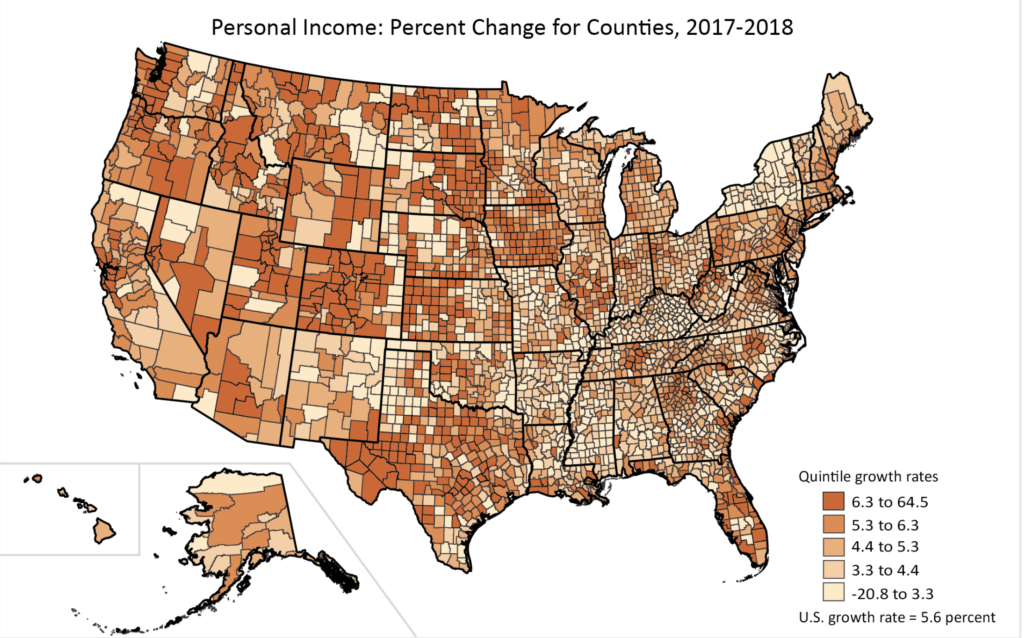 By contrast, the 12 counties of the downstate region—including New York City and seven suburban counties comprising the Metropolitan Commuter Transportation District—had a combined growth rate of 4.7 percent. While this was below the national average it ranked within the middle quintile of the national distribution for all counties.

Only two upstate counties ranked among the top 10 statewide in terms of personal income growth: Sullivan County in the Catskills (where the Resort World casino opened in 2018) and Saratoga County in the Capital Region.

Personal income measures how much the residents of a given area have earned from wages and salaries, and from business proprietor receipts, royalties, rents, and transfer payments such as social security benefits and pensions. Because it does not include capital gains, it does not fully reflect the wealth of any given locality. However, it is an important reflection of economic health, and especially of purchasing power.