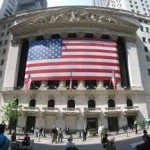 While legislative leaders and Governor Cuomo were cooking up a budget deal in Albany, the New York City Independent Budget Office (IBO) was issuing five years’ worth of updated statistics showing how heavily the city already depends on the volatile earnings of taxpayers at the top of the income pyramid.

The distribution of the combined city and state taxes was very progressive, as shown below. 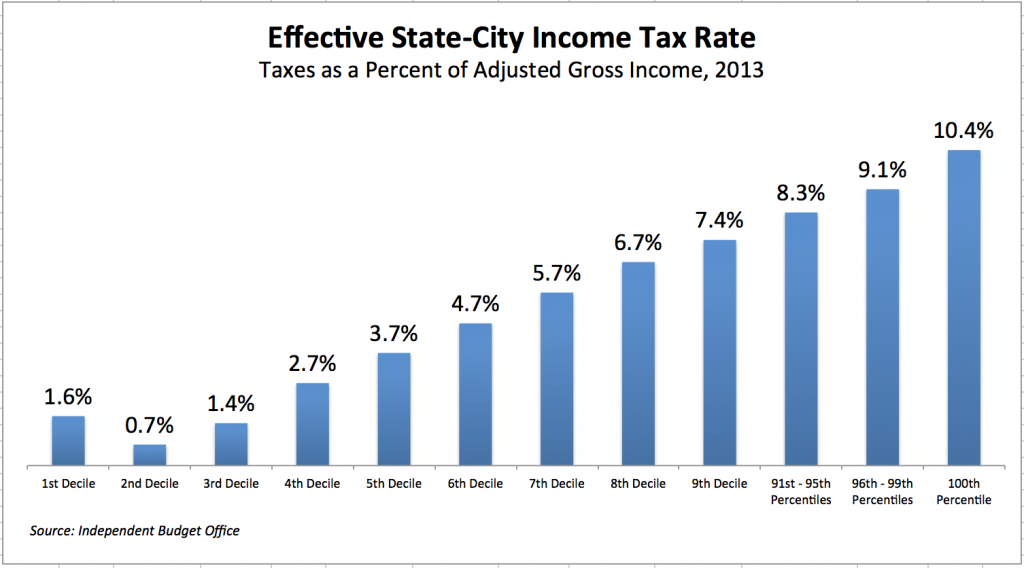 From my Feb. 2 state budget testimony:

There are clear risks associated with depending so heavily on such a small number of taxpayers. It means that when high-income households have a bad year, the entire state suffers inordinate fiscal stress. It has happened before, and it could happen again soon enough.

For fiscal 2017, the budget projects a 5.3 percent increase in the capital gains income of New York residents—based in part on the assumption that the S&P 500 will grow by 2.2 percent during calendar year 2016.   Given the market’s slump however, the S&P will need to rebound by at least 6 percent over the next 11 months to hit the budget’s target. Of course, that could happen, but there’s less reason to be optimistic now than there was a year ago.

In the fourth quarter of 2015, the state Labor Department’s Index of Coincident Economic indicators registered its first two-consecutive-month decline since the end of the recession. Subsequent statistical adjustments may change that—as happened in fact, a year ago, but it’s nonetheless a yellow flag. Another yellow flag: the New York Federal Reserve reports that, in December, its own Index of Coincident Economic indicators for New York State decreased at an annual rate of 0.4 percent.

Tax policy should reflect economic reality even as it seeks to improve the economic outlook. We need to carefully rebalance the distribution of New York’s tax burden with the twin goals of making the state more competitive and protecting against economic shocks, which are inevitable sooner or later.