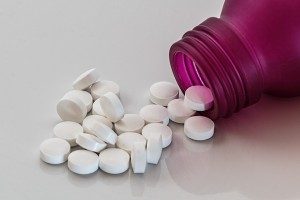 If Governor Cuomo succeeds in imposing a surcharge on prescription opioids, state government would largely be taxing itself.

This is because the state’s Medicaid health plan for the low-income and disabled covers fully one-third of the state’s population—and therefore buys roughly one-third of the opioids. Plus, New York might not be able to split the cost with the federal government, as it usually does, which would double the bottom-line impact on state finances.

Consider the example of oxycodone, a popular opioid pain reliever. In the first six months of 2017, New York’s Medicaid program paid for 22.8 million oxycodone pills, federal records show. Assuming those pills were 15 milligrams each (one of the smaller dosages), that equates to 513 “morphine milligram equivalents,” or MMEs.

Thus Cuomo’s proposed tax of 2 cents per MME would amount to about $10.3 million—for half a year of a single opioid.

Normally, Washington provides matching aid equal to about 50 percent of New York’s Medicaid costs. But the feds might well refuse to reimburse this tax, as explained in a memorandum of opposition from the drug manufacturers’ lobby, PhRMA:

In calculating the federal share of assistance, Medicaid generally deducts revenues from health-care related taxes imposed by the state or local government unless such taxes are broad and uniform across an entire ‘class’ of items or services and meet certain other requirements. In this case, the tax is applied to a small subset of a class, the first sale of an opioid medication in the State. Absent a special approval from CMS [the Centers for Medicare & Medicaid Services], revenue from the first sale tax could therefore likely be offset by reductions in how much the federal government pays New York for Medicaid assistance.

The Cuomo administration has argued that the tax will be paid by organizations higher up in the chain of distribution, such as wholesalers and distributors, rather than end buyers. His proposed legislation says the opioid tax should be imposed on the first sale to a New York entity, and “shall not be added as a separate charge or line item on any invoice given to the customers or otherwise passed down to the customer.”

But his budget briefing book says, “This surcharge is expected to provide a financial disincentive for the use of these drugs”—which only makes sense if the cost is passed along to buyers.

Realistically, there is no way for the state to prevent the entities who pay the tax from building it into the prices they charge. That means the cost ultimately will fall not just those who overuse or abuse opioids, but also on those who take them legitimately.

Of the $125 million in projected revenue, Medicaid could expect to pay about one-third, or $42 million. The rest would fall on ordinary consumers. Among the targets would be terminally ill patients in hospice care and addicts in rehab using buprenorphine, an opioid-based medication, to help kick the habit.

Another question for lawmakers to consider is where the money would go. The governor proposes to put the revenue in a dedicated “Opioid Prevention, Treatment and Recovery Fund.” Yet his budget does not increase spending on drug treatment by $125 million, meaning the tax would mostly replace existing treatment funds rather than supplementing them.

In effect, the state would be taxing opioid buyers—including, most prominently, itself—to balance the budget.