The following table shows the five highest-paying employers in the Mohawk Valley, which includes Fulton, Hamilton, Herkimer, Montgomery, Oneida and Schoharie counties, for general employees and police or firefighters: 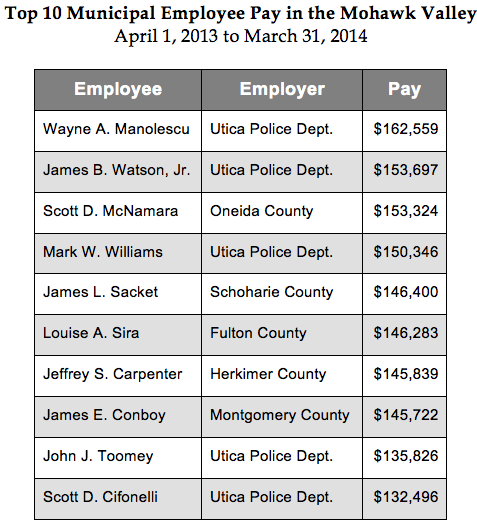