The Center’s analysis revealed that all 11 of the highest-paid municipal employees in the North County (Clinton, Essex, Franklin, Jefferson, Lewis and St. Lawrence counties) were employed by Massena Memorial Hospital or Lewis County General Hospital; 10 of these employees had the same pay ($255,000) during this period. The names, employers and pay of the 11 employees are below.

The following table shows the five highest-paying employers in the North Country for general employees and police or firefighters: 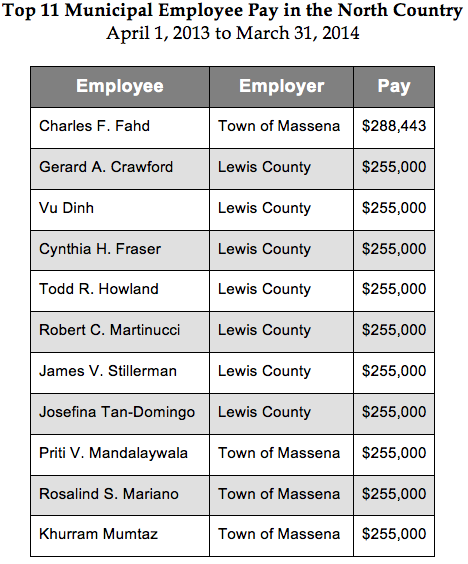