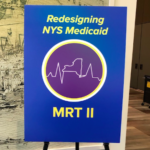 Tightening eligibility for Medicaid home care and implementing a further across-the-board rate reduction are among 41 cost-cutting measures being contemplated by Governor Cuomo’s Medicaid Redesign Team, according to a draft executive summary and scorecard obtained by the Empire Center.

This is the latest installment in a special series of #NYCoronavirus Chronicles by Empire Center analysts, focused on New York’s state and local policy response to the Coronavirus pandemic.

It’s not clear if these proposals have been voted upon or approved by MRT members, who are due to hold their final public meeting on Thursday.

As described in the executive summary, the proposals would save the state a projected $1.6 billion for fiscal year 2021, which begins April 1. Combined with $851 million in previously announced measures, they are meant to close a $2.5 billion gap in the Medicaid program.

Medicaid’s rapidly growing long-term care expenditures were targeted by a plurality of 16 proposals seeking to save $647 million. They include capping enrollment in managed long-term care plans at an unspecified percentage, for savings of $215 million and changing the eligibility criteria for personal care services, including the Consumer Directed Personal Assistance Program, for savings of $154 million.

Other big-ticket proposals include an additional across-the-board rate reduction for health plans and providers of 0.875 percent, on top of the 1 percent reduction that took effect on Jan. 1 ($219 million in savings); overhauling the state’s dysfunctional system for financing hospital charity care ($157 million in savings), and increasing the efficiency of non-emergency transportation ($93 million in savings).

Notably absent from the list is any explicit proposal for a tax increase in health insurance, an idea floated by Cuomo himself. However, a number of measures would constrain cost-control measures used by health plans, which would likely increase their payments to providers for both Medicaid and commercial enrollees.

The summary calls for “redefining” the Medicaid Global Cap, which is meant to limit annual increases in state spending on the program based on the medical inflation rate (though enforcement has been increasingly lax). The summary says the redefinition “would increase the amount of total spending under the Global Cap through modifications in the base on which spending growth is calculated and/or a different allowable growth metric.” Further details were not provided.

Many if not all of the proposals would require approval by the Legislature.

Cuomo has said the state needs to trim its share of Medicaid spending by $2.5 billion to balance the budget for fiscal year 2021. If the Legislature fails to approve specific cuts, his budget proposal has a fall-back plan that empowers his administration to make across-the-board cuts of its own.

Another complicating factor is a coronavirus response package pending in Congress. It includes a temporary increase in Medicaid funding for states – worth $4.5 billion or more annually to New York. However, the money would be contingent on states not changing their “eligibility standards, methodologies or procedures,” which Cuomo says would effectively block any action on the MRT proposals and make it impossible to pass a budget.

He is reportedly working with New York’s congressional delegation to modify that bill before it receives final passage.