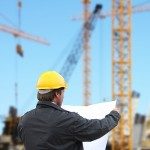 For the first time in decades, at least one house of the Legislature may be ready to advance reform of New York’s State Environmental Quality Review Act (SEQR), long identified as a major obstacle to growth across the state.

The Senate Environmental Conservation Committee last week reported to the Senate floor a bill, sponsored by Sen. George Amedore (R-Rotterdam), that would take important steps to rein in SEQR’s propensity for imposing interminable delays on job-creating projects.  The SEQR slowdown has been cited as a problem by several of the state Regional Economic Development Councils, among others.

Despite its name, SEQR is not fundamentally about protecting our air, water, flora and fauna—the primary purview of laws such as the Clean Air Act and Clean Water Act.  Rather, SEQR is fundamentally a planning law, which can override local ordinances. Most states have nothing like it; only a handful have statutes as sweeping, as documented in this 2013 Empire Center report, “Streamlining SEQR.”

Among other things, SEQR regulates potential impacts on “existing community or neighborhood character”—a concept that, in some cases, has been construed broadly enough to block projects otherwise permissible under existing environmental and local land-use ordinances.

Noting that SEQR can be “burdensome and confusing because there is no clear timeline,” Amedore’s bill would require a specific timeline to be followed by both a project applicant and the local or state lead agency responsible for reviewing the project.

As recommended in “Streamlining SEQR,” Amedore’s bill also restricts the addition of new environmental impacts to the “scope” of a review, and would delete references to “community and neighborhood character” —which are, after all, already reflected in local planning and zoning laws.

The Environmental Conservation Committee also reported out a less significant SEQR reform bill sponsored by Sen. Phil Boyle, which would require that time periods in the existing law be treated as mandatory, subject to extension if agreed to by the applicant or project sponsor.

Both bills were approved last week by the Senate Environmental Conservation committee, and could be voted on as soon as today.