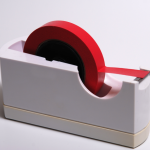 The Cuomo administration has proposed updated regulations under the State Environmental Quality Review Act (SEQR), which has long hindered growth and development in New York State.

While the changes under consideration by the Department of Environmental Conservation (DEC) would represent at least one important step in a pro-growth direction, the proposed tweaks to SEQR would also clear a smoother path for key Cuomo priorities, such as the development of vast solar panel farms and wind turbine installations required by the governor’s renewable energy policy. And in some other respects, the proposed SEQR changes would create even more development red tape.

Despite its name, SEQR is not primarily about safeguarding air, water, flora and fauna. Rather, as the Empire Center noted in this 2013 report, the law adds an extra regulatory layer atop local planning, zoning and land-use ordinances, as well as federal and state anti-pollution laws. SEQR often necessitates costly studies and mitigation efforts—within an essentially open-ended process that can delay construction almost indefinitely, deterring some businesses from proposing projects in the first place.

The law is a prominent contributor to the state’s hostile business climate: as explained in the 2013 report, SEQR “can be exploited to produce costly delays and uncertainty for the kind of job-creating projects New York desperately needs.” SEQR’s growth-squelching impact has been noted by several of the state’s Regional Economic Development Councils, but DEC never pursued an earlier round of changes drafted by the agency in 2012.

The plus in the proposal

The most important change now getting renewed consideration by DEC mirrors an Empire Center recommendation by requiring all SEQR proceedings to begin with a “scoping” process, identifying potential project impacts at the onset.

Scoping is now optional, and project opponents can raise new issues later in the SEQR process as a stalling tactic, requiring additional studies and plan modifications. Mandatory scoping will require any concerns to be raised up front, reducing the uncertainty SEQR now injects into attempts to undertake construction work in New York.

DEC is proposing the new regulations “to streamline the SEQR process without sacrificing meaningful environmental review.” At the same time, however, the agency would also expand SEQR to cover more projects, lowering the threshold for residential developments that must complete the SEQR process, and expanding the requirement to proposed parking facilities with 500 or 1000 spaces, depending on the municipality’s population.

The arbitrary residential criteria now in place ignores the population density of the community or the unit density of proposed developments, clumping together towns, cities and villages based on whether their population is above or below 150,000. Two developers in an upstate town could propose construction on adjoining parcels with as many as 398 new units between the two and not be required to undergo the SEQR process. But a single developer proposing just 200 units, on an even larger parcel, would still trigger a mandatory longer SEQR review.

More than four years after walking away from proposed SEQR reforms, the Cuomo administration apparently has realized the law could frustrate some of the governor’s signature policy objectives.

The new solar farms and wind turbines envisioned under the governor’s Clean Energy Standard, already likely to face local opposition, would nearly all be subject to the SEQR process, giving local officials a tool with which to delay construction. A wind energy company looking to develop in Wyoming and Niagara Counties what would be one of the state’s largest wind farms, a bellwether for future efforts, is suing a town planning board because members required the company to complete the SEQR process before it can construct observation towers.

Meanwhile, a comparison of the draft regulations released in January with those that were considered, but not adopted, by DEC in 2012 reveals two interesting additions to the list of “Type II” actions, projects that are exempt from the longer SEQR process.

First, the new language would allow utilities to install new fiber optic or other broadband-carrying cables without completing a full SEQR review. This comes after the governor pledged in 2015 to “ensure that every New Yorker has access to high-speed Internet service by the end of 2018.” A similar exemption for “installation of cellular antennas or repeaters,” part of the original 2012 amendments, will help the effort in rural areas where wireless broadband service is envisioned.

A second exemption in the 2017 proposal, but not in the 2012 draft, affects certain types of development at a “previously disturbed site, within one quarter of a mile of a commuter railroad station, in a municipal center of a city, town or village having a population of 250,000 persons or more.”

Only six municipalities fall in that range: New York City, Buffalo, and the Long Island towns of Hempstead, Oyster Bay, Brookhaven and Islip.

The change would complement a push by the Cuomo-controlled Metropolitan Transit Authority to promote “transit-oriented development,” such as the proposed Ronkonkoma Hub, a mixed-use development project—which was awarded $50 million in state funding. While the Hub’s builders appear to have already completed the SEQR process, additional enclaves are envisioned around other Long Island Railroad stops.

Exempting these developments from SEQR is a sure-fire way to make them more likely to get built and to boost investors’ confidence—and a tacit recognition that SEQR imposes an undue obstacle to growth for everyone else.

A bill sponsored by Sen. George Amedore (R-Schenectady) would require scoping, as the proposed regulations do, and also address the lack of firm timelines in the law and eliminate from the process consideration of “community or neighborhood character” a broad and arbitrary criteria. The measure cleared the Senate Environmental Conservation committee on May 9 and could receive a floor vote as soon as this week.

Reforming—or repealing—SEQR won’t cost taxpayers anything, and guarantees increased private-sector growth. How many of the state’s economic development programs can claim that?