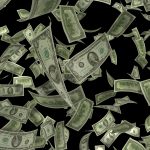 Thanks to a strong third quarter, New York’s state tax receipts through December were $1.3 billion above projections for the fiscal year that ends March 31, according to the latest monthly cash report from state Comptroller Thomas DiNapoli.

Assuming no erosion in revenues is expected during the last three months, having an extra $1.3 billion on hand will reduce a $4 billion current-year operating deficit driven by Medicaid over-spending, which is the main element in a prospective FY 2021 budget gap of $6 billion. Governor Cuomo will reveal more details of his proposal for dealing with that problem in his FY 2021 Executive Budget, which will be presented Tuesday.

Cuomo could use surplus revenue to paper over the true extent of excess “capped” spending increases in the budget as a whole, or in the Medicaid program in particular. This would be accomplished by pre-paying FY 2021 expenses just before the end of the current year, artificially reducing apparent growth from one year to the next.

But this would not fix the larger structural problem of Medicaid over-spending, which will be baked into the spending baseline until steps are taken to permanently reduce it.

DiNapoli’s December cash report said the added third-quarter revenue came mainly in the form of personal income tax (PIT) receipts, which were $1 billion ahead of projections in Cuomo’s Mid-Year Financial Plan Update, released (three weeks past the statutory deadline) Nov. 22. Most of the extra money flowed into the state’s coffers in November, usually the lowest month for PIT collections, when total PIT receipts of $2.5 billion exceeded the Mid-Year forecast by $813 million, or nearly 50 percent.

In addition to PIT, the comptroller reported state business taxes as of December were $343 million ahead of projections, while consumption taxes were about $50 million below the projection for the quarter. DiNapoli’s report also said miscellaneous receipts through December were $218 million above projections, bringing the total State Operating Funds revenue surplus through the first nine months of the fiscal year to $1.5 billion.

With only three months to go before the April 1 start of a new fiscal year, it’s still too early to assume the revenue picture will end up as (relatively) bright as it looks. The final quarter of the fiscal year is always a bellwether period for receipts from the PIT, New York’s largest tax source. Cuomo’s Mid-Year report projected PIT collections for the last three months of fiscal 2020 at $16.1 billion, more than half of which is expected in January. In addition, the unanticipated excess in business tax receipts for the third quarter could be timing-related, leading to a dropoff in what’s left of the year.

The governor’s adjusted revenue expectations—and how he might use surplus revenues to paper over a portion of the budget gap—will become clear on Tuesday when he presents his Executive Budget.

For now, at least, this much is already clearer than ever: New York does not have a revenue problem.

NY's tax receipts through Dec were $1.3b ahead of projections, & total revenues $1.5b above forecast. If numbers stay on target thru Marc...

As if any further proof were needed that NY state's budget challenge is excess spending, not revenues, tax receipts through Q3 in Decembe...