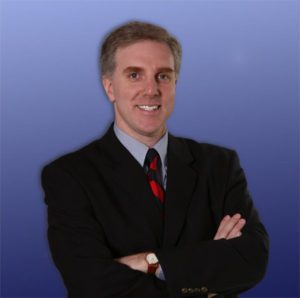 In reality, the savings for local taxpayers, if any, would likely be a fraction of what Shahinfar estimates. And they would come at the cost of the largest increase in state taxes that New York has ever seen, not to mention wholesale disruption of the entire health-care system.

Shahinfar (photo) summarized his attention-getting analysis in a recent interview with the Albany Business Review:

(He had previously made similar arguments in 2015 testimony to the Assembly Health Committee and in an op-ed for the Albany Times Union.)

Shahinfar points out, correctly, that health benefits for employees and retirees are a major expense for the city of Albany as well as other municipal governments and school districts. County governments also pick up 12 percent of the tab for Medicaid, the state-federal health plan for the poor and disabled. Shahinfar calls these health-related expenses a “hidden tax” that can add thousands of dollars to the typical property tax bill.

But the single-payer plan being debated in Albany, known as the New York Health Act, would not make those costs disappear. Rather, it would replace the premiums being paid to private insurance companies (and the counties’ Medicaid contributions) with two big new taxes at the state level: a tax on payrolls, divided 80-20 between employers and employees, and a tax on non-payroll income such as investment returns. In combination, they would much more than double the state’s total tax burden.

Exactly how these changes would affect the finances of the city of Albany – or any other local government – cannot be known for certain. The legislation does not specify tax rates or brackets, leaving those key details to be determined later.

Shahinfar predicts, however, that single-payer would slash the city’s health costs by about $22 million a year, which equates to a 40 percent reduction in city property taxes.

A close look at his estimate shows it to be flawed in two ways: it overstates the expenses that a single-payer plan would absorb, and understates what the replacement system would cost.

The board tasked with managing the single-payer system is supposed to come back to the Legislature with a plan for adding those benefits later. There’s a chance that retirees’ former employers would continue to bear some responsibility for those costs. It’s not safe to assume that the city would see relief from the $11.1 million it currently spends on retiree health benefits, or the $4.3 million it spends on workers comp.

Shahinfar’s analysis also assumes that the new payroll tax would be 7.8 percent – with the city chipping in 6.24 percent and employees contributing 1.56 percent. However, he draws that rate from an estimate based on federal legislation, H.R. 676, which is structured quite differently from the New York Health Act. Among other things, federal bill would levy five taxes instead of two, meaning it would need relatively less revenue from a payroll tax.

By contrast, an analysis of the New York Health Act by from the RAND Corp. projects that it would need a payroll tax starting at 12.2 percent for middle-income workers, with the employers’ share being about 10 percent.

Applying the higher RAND tax rate – and assuming that workers comp and retiree health benefits remain outside the single-payer system – the city’s estimated savings would shrink to about $2.6 million, the equivalent of a 1 percent drop in total city spending or a 5 percent reduction in property taxes.

It’s important to be clear about how those savings are generated: not by reducing bottom-line costs (RAND estimates overall health spending would stay virtually the same), but by redistributing the same high costs in different ways. Some individuals and employers would save money – including, possibly, the city of Albany – but only because someone else is paying more.

Even if Shahinfar’s exaggerated savings estimates were true, any benefit for property taxpayers would be dwarfed by the broader consequences for the state’s health-care system and overall economy.

In total, RAND estimates that the state would need an additional $139 billion in taxes, the equivalent of a 156 percent increase in total state revenue. And that could be a rosy scenario. It relies on iffy assumptions, such as the state winning federal Medicare and Medicaid waivers that the Trump administration has promised to block.

Assuming RAND’s projections are sound, lower- and middle-income New Yorkers would generally save money in the short term. But the tax bite on high earners would increase dramatically, roughly tripling the marginal rate. As an author of the RAND report warned: “This leads to the potential for tax avoidance, which could include changes in investment decisions or wealthier people moving out of the state. Even a small number of the wealthiest people leaving the state could cause the tax base to collapse.”

Meanwhile, single payer would also upend the current system for paying hospitals, doctors and other health care providers – potentially increasing reimbursements for but slashing them for others, with far-reaching effects that are difficult to predict.