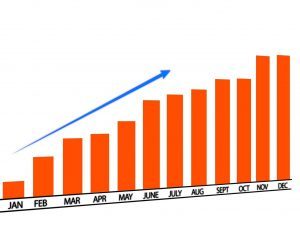 Dozens of health-care bills percolating through the Legislature in the closing days of session have one thing in common: They would add to the already high price of health insurance in New York State.

Some proposals would mandate health plans to cover additional devices and procedures. Others would limit or prohibit copayments and deductibles for certain forms of treatment. Others would weaken plans’ bargaining power with hospitals, doctors and pharmacists.

Many are well intentioned, and some would benefit discrete groups of patients. But others are more focused on the interests of providers than consumers. And lawmakers usually approve the measures without a sober analysis of their impact on costs – which is one reason New Yorkers pay some of the steepest premiums in the United States.

Already this year, lawmakers voted as part of the budget to mandate that large-group insurance plans cover at least three cycles of in vitro fertilization. That by itself is projected to add about 1 percent to premiums, at cost of millions of dollars for affected employers and employees.

Also enacted earlier this year was a ban on charging copayments for contraceptives or sterilization, which predictably opened the door to other proposals that would bar cost-sharing for various medications and treatments.

All told, there were at least 122 additional insurance mandates pending in Albany as of June 11. Thirty-one of those have majority sponsors in both the Assembly and Senate, and two have been approved by both houses and wait for Governor Cuomo’s signature: an expanded coverage mandate for eating disorders, and a ban on prior authorization for medications used to treat drug abuse.

Among the proposals getting the most attention are:

Drug formularies – A. 2969 (Peoples-Stokes)/S. 2849 (Breslin) would ban insurers from changing their prescription drug coverage plans, known as formularies, in the middle of a plan year, which can be disruptive for consumers with chronic conditions. Plans warn that this prevent them from responding to price hikes by drug manufacturers as they happen, and say they have alternative ideas to protect patients.

Notably, the bill was recently amended to exempt health benefits that are collectively negotiated – a change made at the request of labor unions, which evidently see the ban as counterproductive to their members’ interests. This led the Business Council’s Lev Ginsburg to ask, in Crain’s New York: “If it’s not good policy for the unions, why would it be good policy for private employers and the everyday New Yorkers buying on the individual market?”

Mail-order pharmacy – A. 3043 (Joyner)/S. 4463 (Breslin) would further undermine the use of mail-order pharmacies as a way of saving money. An existing state law requires plans to cover any pharmacy that charges the same price and accepts the same “terms and conditions” as their mail-order provider. The current bill would drop the requirement regarding “terms and conditions” – which would compel plans to do business with pharmacies who may not offer 24-hour consultations or have particular expertise in handling a specialized drug.

In this case, the existing statute already includes a carve-out for collectively negotiated health plans, raising the same question of fairness as the mid-year formulary proposal.

Drug rehab cost-sharing – A. 972 (Rosenthal)/S. 4643 (Harckham) would prohibit plans from imposing copayments on the use of drugs such as methadone and buprenorphine, which are used to treat opioid addiction. Supporters contend these charges are a barrier to treatment. Opponents say cost-sharing helps hold down premiums, and question why one group of patients should be treated differently than others.

Pharmacy benefit managers – Several bills would regulate and restrict the activities of pharmacy benefit managers, or PBMs, companies that act as middlemen between health plans, pharmacies and drug manufacturers. Although not exactly coverage mandates, these proposals run a risk of putting upward pressure on premiums.

Last year, an audit of Ohio’s Medicaid program found that the difference between what PBMs collected from the state and what they paid to pharmacies was $225 million, or 8.9 percent of claims, for a 12-month period. That prompted Ohio officials to terminate its contracts based on so-called spread pricing and switch to a “pass-through” model in which PBMs would be paid a fixed fee per prescription filled.

A study sponsored by the Pharmacists Society of the State of New York found PBMs were collecting similarly hefty margins in New York’s Medicaid program – but that analysis was based on claims from just 11 pharmacies. This month, the Senate Investigations and Government Operations Committee issued a report, based in party on the Pharmacists Society’s findings, that called for state oversight and regulation of PBMs.

The state budget approved in April requires Medicaid managed care plans contracting with PBMs to use pass-through pricing rather than spread pricing – a switch the Cuomo administration says will save $43 million.

A bill sponsored by the Senate Investigations chair, James Skoufis of Queens, would go much further: It would ban spread pricing entirely, for private health plans as well as Medicaid plans, and give the state Department of Financial Services the power to regulate PBM fees.

The nation’s drug-pricing system is dysfunctional in many ways, and would likely benefit from more transparency about who is making how much money.

But micromanaging contracts and imposing price controls could well do more harm than good. Health plans are private companies with an incentive to control costs and the know-how to negotiate terms with PBMs. If they think spread pricing serves their interests, it’s not clear why the state should stand in the way.