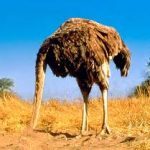 For the eighth consecutive year, New York’s governor and Legislature have failed to comply with a decade-old law designed to foster a “quick start” of the state budget-making process for the next fiscal year.

Under the Budget Reform Act of 2007 (Section 23.5 of State Finance Law), representatives of the governor, the Legislature and the state comptroller were supposed to hold a public meeting by Nov. 15 “for the purpose of jointly reviewing available financial information to facilitate timely adoption of a budget for the next fiscal year,” which begins April 1.

Also by Nov. 15, the governor and legislative majorities were required to “jointly prepare and make available on their internet websites a report on the actual, estimated and projected state receipts and state disbursements for the prior, current and ensuing fiscal years, respectively, for all funds of the state.”

As usual, no such meeting was held and no reports were issued. In fact, the Nov. 15 meeting and joint reporting deadline was last met back in 2009, when David Paterson was governor. Since he succeeded Paterson almost seven years ago, Andrew Cuomo has made it clear that he has no interest in complying with the Budget Reform Act. As the Daily News reported in November 2011:

Cuomo scoffed at questions about when his office and the Legislature might come up with a consensus revenue forecast as called for in the quick start budget process enacted in 2007. The law was not only supposed to jumpstart the budget process but also provide more transparency to the process.

“But the concept of working closely with the Legislature so that you can hopefully facilitate a budget on time, that we are doing and that we have been doing,” he added.

He called the “quick start” for the budget process, “probably an oxymoron on the first place.”

Cuomo also has a perfect record of non-compliance with the older Finance Law provision requiring the governor to issue financial plan updates within 30 days of the end of every fiscal quarter—including a mid-year report due by the end of October. This year’s mid-year update was issued by the Division of the Budget last Friday afternoon, 10 days behind schedule.

The current governor’s disregard for the law is mirrored by the legislative majorities, whose leaders and members show no apparent interest in sharing information on the fiscal outlook.

This is all a far cry from the happy hyperbole that surrounded the Budget Reform Act amendments when they were passed unanimously by the Assembly and Senate in January 2007, just a few weeks into the tenure of then-Gov. Eliot Spitzer. To mark the occasion, the Senate Republican Majority issued a celebratory news release featuring this quote from Sen. Cathy Young, then a junior member of the conference:

“The [budget process reform] bills reflect the Senate’s decade long fight to reform the State budget process … Far too frequently, the budget has been late and we must do everything we can to ensure a transparent and accountable process in crafting the state’s fiscal plan. Our bill includes many of the reforms that we have fought for, but the greater openness is needed and my colleagues and I will continue to push for further reforms.”

Young is now chairman of the Senate Finance Committee, which means she is among those primarily responsible for enforcing and abiding by the Finance Law.