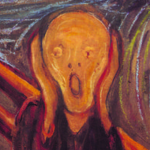 Ten days after the Halloween due date, Governor Cuomo’s Division of the Budget (DOB) has just issued a Mid-Year Financial update that might as well be wearing a fright mask.

The update reduces revenue projections by $850 million this year, and by another $850 million in each of the next two years, mostly as a result of an estimated $750 million drop in annual personal income tax receipts.

As a result, the projected fiscal 2019 budget gap has now ballooned to between $1.7 billion (assuming spending growth of 2 percent) and $4.4 billion (based on current-law spending trends).  This is the largest prospective budget shortfall Cuomo has faced since his first year in office, when he was cleaning up from David Paterson’s fiscal crisis. Back in January, Cuomo’s Executive Budget financial plan envisioned a fiscal 2019 surplus of nearly $700 million, assuming 2 percent spending growth.

If the adjusted revenue estimates are correct, the fiscal 2019 budget can still be balanced without tax hikes if Cuomo holds spending growth to about 0.5 percent, or about $500 million. However, given rising fixed costs in other areas, including pensions, health benefits and other “general state charges,” this would require a freeze or reductions in most programs.

So why are state tax revenues weakening? As the financial plan narrative points out, not unreasonably:

The disappointing tax collections to date are at odds with key economic indicators, which signal an improving economy. One explanation is that taxpayer behavior is changing in response to the evolving features and prospects of a Federal tax bill. But what effect, if any, behavioral changes are having on collections will not be known until there is betterinformation on what, if any, Federal tax law changes will be enacted.

While Cuomo has been furiously attacking the Trump administration and congressional Republicans, the impact of potential reductions in federal aid are not reflected in the latest plan projections. Nor does the plan assume any impact from the proposal to eliminate the state and local tax (SALT) deduction on federal income taxes—which is likely to depress income tax collections in the future by raising effective marginal rates on high-income households, even if it causes a surge in the short term.

In the nearly 10 months since Cuomo presented his FY 2018 Executive Budget, the DOB’s projection of fiscal 2018 tax revenues has fallen by $2.5 billion, while projected state operating funds spending (unchanged in the latest plan update) has risen $823 million.

The deterioration of the state’s revenues is depicted in the chart below. From fiscal 2017 through 2021, tax revenues are now projected to end up a cumulative $13.9 billion lower than the governor’s plan projected in January. 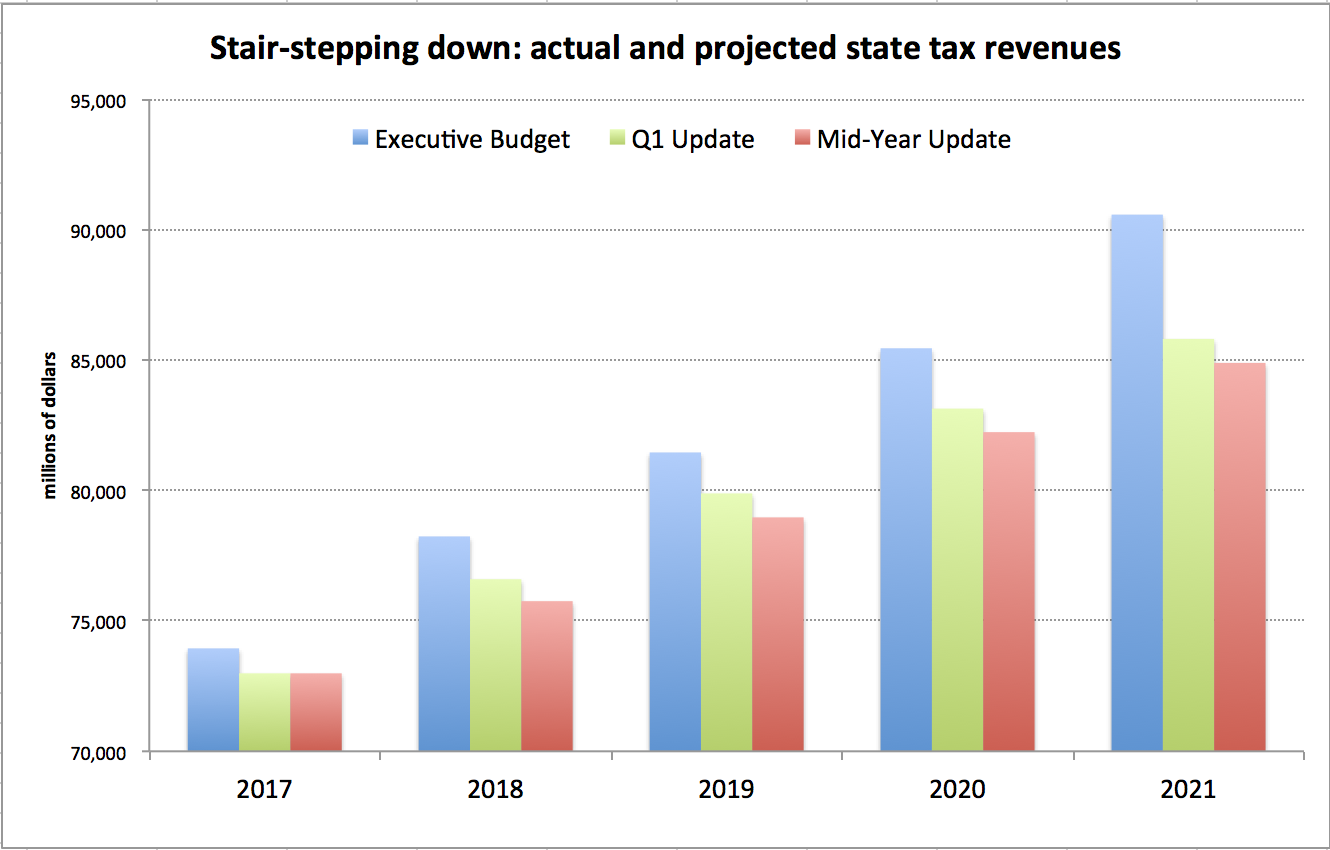 As usual, the Mid-Year Financial Plan was behind the schedule dictated by the state Finance Law. The next statutory deadline on the fiscal calendar is November 15, when representatives of the governor, comptroller and legislative leaders are required to meet publicly “for the purpose of jointly reviewing available financial information to facilitate timely adoption of a budget for the next fiscal year.”

This year, perhaps the legislative majorities will show some slight added interest in the state’s fiscal outlook.

Unless, that is, they find it too scary to think about.