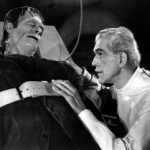 Governor Andrew Cuomo and New York’s legislative majority members would have you believe they have just reached an end-of-session deal to “cut” your property taxes. Again.

What Cuomo and the Legislature have actually agreed to do is to redistribute up to $1.3 billion a year, or $3 billion over the next four years, to homeowners in the form of what the Albany leaders are calling “rebates” (described in bill copy as a “property tax relief credit”).

This four-year program will come in addition to the $3.4 billion in personal income tax revenues the state already redistributes annually through the STAR (School Tax Relief) property tax homestead exemption, which dates back to the 1990s. It will either supersede or supplement the three-year, $1.5 billion “tax freeze” credit program enacted last year.

At the start of the year, Cuomo had proposed creating a permanent new property tax “circuit breaker,” whose cost would have reached $1.7 billion by 2019. About half of the homeowners in the state would have qualified for a credit under that program. Senate Republicans rejected the circuit breaker, preferring something more like the universal STAR Rebate program.

In effect, with today’s action, Cuomo and the Legislature have temporarily resurrected the STAR Rebate (born: 2006, died: 2009). Fittingly enough, given its inclusion in an omnibus bill dubbed “The Big Ugly,” the newly undead tax gimmick will have visible stitch marks, neck bolts, ill-fitting clothes and mismatching appendages. That’s the only way to convey rebate checks to homeowners without having to actually appropriate the money—i.e., count it as an expenditure, like STAR—which would endanger Cuomo’s self-imposed state spending cap.

Here’s another way of looking at Albany’s latest property tax “relief” program: rather than spending $3 billion to pay off deferred pension contributions, or to finance needed capital infrastructure improvements, or as a down payment on broad-based tax relief that might deliver an economic benefit, Cuomo and the Legislature have chosen to divide that amount into literally millions of much smaller pieces—in the form, reportedly, of checks timed for fall (pre-election) delivery to homeowners across the state, reportedly starting in the state legislative election year of 2016.

Your property taxes will not actually drop at all as a result of this gambit. However, you are expected to feel better because you will be getting a check in your mailbox (probably a couple of hundred dollars, initially) that is tied, in some convoluted way, to what you pay in property taxes and to the size of the break you already get from STAR. But if you prefer, you can just as easily view the money as a partial rebate of your sales tax, or a rebate of your cable TV bill. Or just think of it as a little bit of your own state tax dollars coming back home to roost. Temporarily.

Provided, that is, you are eligible.

You reportedly will get no tax break if (a) your adjusted gross income exceeds $200,000 and you live upstate, or (b) your income exceeds $275,000 and live downstate. And no rebate checks will be issued for business properties or residential rental properties.

While your property taxes won’t actually decrease, they will continue to grow much more slowly than they did before 2011, when Cuomo kept his biggest 2010 campaign promise by pushing through a statewide (except New York City) cap on annual tax levy increases.

Speaking of the tax cap, it will not be made permanent, as Cuomo and Senate Republicans both said they wanted to do. However, the omnibus bill does the next best thing, extending the cap under the exact same statutory construct established in 2011: the cap will automatically remain in effect for at least as long as the state laws regulating rents in New York City, which have just been extended for another four years (until June 2019), and the cap has a back-up “sunset” one year beyond that (June 2020), in case the rent laws lapse or are radically changed in a way that might effectively kill the cap.

Cuomo has thus ensured that the landmark fiscal reform of his administration will be preserved until at least the second year of the next gubernatorial term after this one. Unlike the property tax rebate, this is truly good news for owners of all types of taxable property across the state (except in New York City). The longer the tax cap stays in effect, and the more accustomed to its benefits property owners become, the harder it will be to dislodge.

Two new exceptions have also been added to the cap.

The first can be described as merely technical: it will change the way the tax levy is calculated in order to take account of Payments in Lieu of Tax agreements.

The second change will completely exclude from school district levy limits any increase in spending necessary to help pay for a capital expenditure by a regional Board of Educational Cooperative Services (BOCES).

The amount involved in the BOCES exclusion is likely to be very small at the outset, but the precedent is  potentially troubling, since it is very likely to add fuel to calls already being made by local governments and school districts for other exceptions designed to pay for higher spending than the cap now allows.

Whenever anyone even attempted to suggest an additional exception to the cap during the past four years, the response from Cuomo’s office was a consistent “no—and don’t even bother to ask.” Now that the governor has opened the door ever so slightly to new exclusions, it’s possible legislators will actually begin introducing and passing bills that create the added loopholes urged on them by local government groups, and by the powerful New York State United Teachers union. It will be up to Cuomo to hold the line.**

** On closer reading, the actual bill language significantly tempers concerns about these two additions.  It effectively (see page 67) makes both changes to administative rule-making by Department of Taxation and Finance, which keeps Cuomo in control of the situation. Which is a good thing.

The cap’s tie to the rebate

You won’t get that new rebate-credit check if your school district has exceeded the cap, a wrinkle first created by the governor in connection with the temporary “tax freeze” credit initiated last year, which apparently will be either superseded or supplemented by the latest property tax rebate.

The premise behind this requirement is that school districts needed an added (expensive) incentive to stay below the cap.  As if: in fact, the tax cap’s 60 percent supermajority override requirement and the two-strikes rule on budget revotes is all the incentive districts need to hold down tax hikes, and they’ve been doing just that.

The link will actually fuel political pressure from schools for more exceptions to the cap. After all, what sense does it make to deny homeowners a share of what is supposed to be “tax relief” when they’ve gone ahead and voted to raise their own taxes higher than the cap allows?

STAR and its misbegotten “property tax relief” offspring now amount to a fat fiscal meatball packed around a hard core of political cynicism.

The tax cap, by contrast, remains the most significant and promising step New York has ever taken to bring about a real, long-term reduction in relative tax burdens. Unfortunately, Cuomo and the Legislature have continued to ignore calls for meaningful mandate relief. Indeed, both the Assembly Democrats and Senate Republicans continue to advance bills that would lock in hundreds of billions of dollars in public employee retirement healthcare costs.