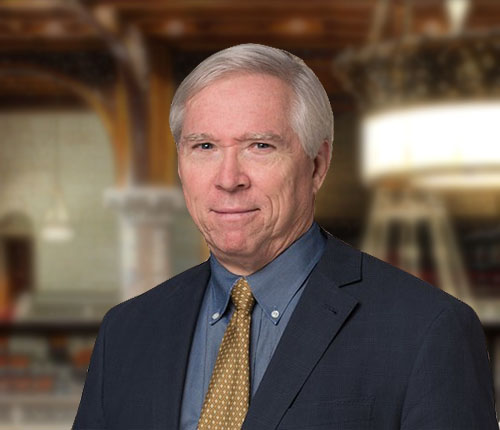 McMahon is also an adjunct fellow at the Manhattan Institute for Policy Research, which he joined in June 2000. In January 2005, he opened the Institute’s Albany-based Empire Center project, which became an independent nonprofit think tank in 2013. He was the Empire Center’s founding president and became research director in the fall of 2016.

With the coronavirus lockdown continuing to erode tax revenues, Gov. Andrew Cuomo has turned up the volume on his demands for a federal bailout of the New York state budget. In a weekend briefing, the governor repeated his estimate that the Empire State will need help closing a deficit of $10 billion to $15 billion. “I don’t have any funding to do what I normally do,” he said. Read More

#NYcoronavirus: The outlook for New York's economy is the grimmest on record, according to the first post-pandemic lockdown round of credible economic surveys and forecasts. Start with the Federal Reserve Bank of New York, whose regional economists today issued a notably pessimistic report based on their monthly Empire State Manufacturing Survey and a broader Business Leaders Survey that take sin the northern New Jersey and metropolitan New York. Read More

#NYCoronavirus: With this year's tax return filing date push postponed to mid-July in response to the coronavirus pandemic, Governor Cuomo has revived his old complaints about the TCJA's $10,000 cap on itemized state and local tax (SALT) deductions. But under the circumstances—a crashing economy and exploding federal deficits—his case for restoring SALT is even weaker than it was before the crisis. Indeed, it verges on preposterous. Read More

#NYCoronavirus: The Cuomo administration is about to begin running up charges on that $11 billion credit card the Legislature handed the governor in the new budget. Under the budget's the Education, Labor and Family Assistance budget bill, Cuomo is authorized to borrow up to $11 billion this year in the form of up to $8 billion in bond anticipation notes (BANs) and $3 billion from “line of credit facilities and other similar revolving financing arrangements.” Read More

Amid Covid, a shaky state budget

New York has just enacted a pandemic-crisis budget that might as well have been written in disappearing ink—shakily “balanced” on hopes of a huge federal bailout and ultimately backstopped by the potential for unprecedented deficit borrowing. Read More