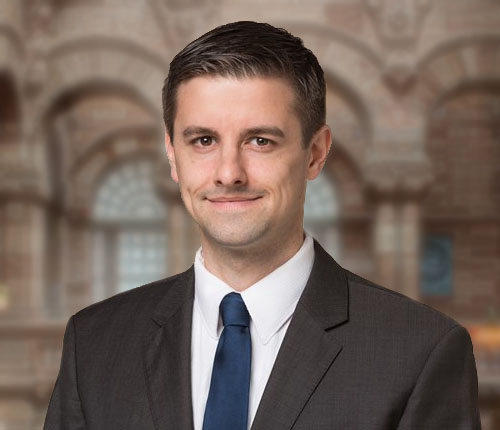 Ken Girardin is a fellow at the Empire Center, where his work focuses on organized labor’s effect and influence on state and local government policy.

Two of Albany’s most-vetoed concepts are headed toward Governor Hochul’s desk, this time concealed as a “firefighter bill of rights.”  Read More

Labor leaders were giddy when a group of state Senate employees last month announced their intent to unionize. Read More

State law doesn’t require secrecy around union negotiations, but local governments and school districts have come to believe it does. At the same time, the law fails to give the public a chance to review contracts before they’re ratified, and doesn’t require any calculations that would show the long-term effects on costs. Read More

The indictment of New York’s top construction-union official on federal corruption charges this month raises a big question: If businesses are paying bribes to avoid having to work with certain construction unions, why does Gov. Cuomo insist the state keep doing it? Read More

Yesterday’s indictment of the state’s top construction union official on federal corruption charges raises a big question: if private companies are paying bribes to avoid having to work with certain construction unions, why is Governor Cuomo insisting that the state keep doing it? Read More

Cuomo Hits Snooze On Raises As Locals Must Keep Paying

Most NY State Workers In Line for Pay Raises Next Week

The COVID shutdown left more than a million New Yorkers in line for unemployment benefits, but most New York state employees are in line for pay raises next week. Read More