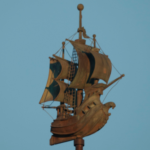 The fate of two government union-backed bills now awaiting Governor Andrew Cuomo’s signature will give an indication of how the governor will tackle major fiscal issues in his third term.

Both bills were previously passed by the Legislature, and both were vetoed by the governor on fiscally conservative grounds. Despite those vetoes, the Legislature—including the soon-to-vanish Republican Senate working majority—nonetheless passed each of them again this year.

The first, S7704 (Golden)/A9910 (Abbate), would change pension rules for court officers hired after 2012, restoring an early retirement option and letting court officers retire with full pensions at 62 instead of 63.

The “Court Officer Special” has passed the Legislature nearly unanimously—and been vetoed by Cuomo—every year since 2014. As E.J. McMahon warned in this space when the bill was first introduced:

Much more important than the cost is the precedent it represents. If Tier 6 court officers get a 55/30 retirement plan, other unions are virtually certain to press for a restoration of the same highly coveted benefit—notwithstanding the claim by the sponsor’s memo that court employees are entitled to the increase because they are peace officers working a “high-stress environment.”

The original Tier 6 bill itself contained a clause allowing any public employee union, including those representing court officers, to petition the governor for a restoration of early retirement at age 57, but only on the condition that the added cost would be covered by added employee contributions. Under the sweetener just passed by the Legislature, the court officers won’t kick in an extra dime for their 55/30 benefit.

Cuomo has stood strong against repeated legislative attempts to weaken the modest 2012 pension reforms he championed. Approving this bill would signal the governor is open to sweetening pension benefits for every class of public employee, and risk putting future taxpayers on the hook for tens of billions of dollars in added liabilities.

The second bill, S383 (Robach)/A2202 (Bronson), would, among other things, require state agencies to perform cost-benefit analyses before signing personal-service contracts with private firms worth more than $750,000. Instead of seeking “best value,” as state finance law now requires, agencies would have to prove the existing state workforce could not instead be used at an equal or lower cost.

Contracting with outside vendors can offer an attractive alternative to using state employees for anything from engineering design to information technology needs. State agency management, for instance, typically can’t have someone represented by PEF performing work outside his or her title, while a consultant likely wouldn’t face that same obstacle. Contractors aren’t restricted by civil service rules and have more flexibility in promoting and re-assigning people based on immediate needs. And contractors’ livelihoods depend on the efficient delivery of a promised service, which does not exactly mirror the stakes faced by state employees.

The bill, a version of which Cuomo vetoed in 2012, is designed to create obstacles to outsourcing and privatization. In his veto message, Cuomo noted current law lets the administration consider “quality and efficiency,” something that wouldn’t necessarily be quantified in a strictly dollars-and-cents analysis.

It’s textbook rent-seeking by the Public Employees Federation, a government union representing about 50,000 mostly white-collar employees (and which endorsed Cuomo’s 2018 re-election after working to beat him in the 2014 Democratic primary). The number of state positions represented by PEF slid from 54,718 in 2011 to 52,335 in 2017, of which only about 50,000 were filled last year. Essentially any new obstacle stifling the use of outside contractors would ultimately benefit the union monetarily.

PEF has similarly crusaded against the expanded use of the design-build construction process, since design work is performed by outside consultants instead of public employees (read: dues-paying PEF members). A concession to PEF of this bill’s nature would signal the governor is backing away from these and other measures that have helped trim costs.

Cuomo has until Friday, December 7 to act on the bills.