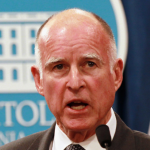 Governor Andrew Cuomo today staged a public joint conference call with California Governor Jerry Brown to discuss the impact on their respective states of a proposal to eliminate the state and local tax (SALT) deduction on federal income taxes.

Repeal of the SALT break, which would generate $1.3 trillion in added revenue to offset other income tax cuts, is a key element of the tax reform “framework” recently floated by the Trump administration and House Republican leadership. The actual tax reform bill, due for introduction next week, is likely to modify the deduction change in some respect, but it wasn’t clear that the original plan would actually cut taxes for many middle-class New Yorkers. Indeed, it seemed likely to actually increase taxes for at least some, depending on key details.

Cuomo again today denounced the plan in his usual strident tones, calling it “a scam” and “a pure political power play” and comparing it to a game of three-card monte. Brown called the plan “an attack on California, New York and New Jersey, and other states, with a few exceptions, that did not vote for Trump” and “a gross manipulation of our tax code.”

Neither governor cited any detailed tax statistics, however. As it happens, those numbers show that Californians claim the largest total amount of SALT deductions—roughly $113 billion as of 2015, followed by New Yorkers with a total of $74 billion. But keep in mind that California also is home to nearly twice as many total tax filers as New York.  Dis-aggregate the tax statistics by income levels, and it’s clear most California filers have less to lose from a SALT repeal, on average, than New Yorkers in comparable middle-income brackets. See details below.

For tax-filing households earning $25,000 to $100,000, Californians claim average state and local tax deductions that are a modest 9 to 12 percent above the national average—or, at most, an added $685 in the $75,000 to $100,000 bracket. But New Yorkers in the same income categories claim average deductions 37 percent to 58 percent higher than their counterparts nationwide—up to $2,703 more in the $75,000 to $100,000 bracket. As shown, only the wealthiest Californians claim SALT deductions well in excess of national norms—and even in the highest income levels for which statistics are provided by the Internal Revenue Service (IRS), they claim less, on average, than New York residents.

Middle-class Californians have less to lose from a SALT repeal than middle-class New Yorkers in large part because, thanks to Proposition 13, California property tax rates are much, much lower than New York’s. And except for the wealthiest taxpayers, the Golden State’s income tax is, for many middle-income families, also lower as well—even though California’s top rate (13.3 percent) is the highest in the country, higher than both the combined state-local rate in New York City (12.7 percent) and New York’s statewide “millionaire tax” rate of 8.82 percent.

Where California really stands out above national norms is in the average size of its residents’ mortgage deductions—a reflection of the state’s notoriously high house prices.  Meanwhile, middle-income New Yorkers at every income level up to $500,000 claim average mortgage deductions below the national average—because while average house prices are high downstate, they are offset in the statewide calculation by lower prices upstate.

Republicans have pledged that their tax reform will preserve (in some unspecified form) the tax break for mortgage interest. Therefore, when it comes to shifts in itemized deductions, most Californians have a lot less to lose than most New Yorkers.

Adding to his stock denunciations of the plan, Cuomo at least alluded to a substantive argument against SALT deduction repeal on federalism grounds:

Congressman Ryan is supposed to be a disciple of the Heritage Foundation – it flies in the face of everything the Heritage Foundation said they believe. They would have to define it as heresy. It is the ultimate redistribution on an unprecedented level because it redistributes income from state to state. They say they believe in states’ rights. This totally violates states’ rights. This is imposing their view of what should be done – their federal view on state’s like California and New York. They’re in favor of reducing taxes – this is double taxation – this taxes the taxes that people pay. There’s no rationale. It’s just all forced. Their only possible rationale when pushed is they say, “Why should the other states subsidize states like New York and California?” They don’t. New York and California are among the top donor states, which means we send much more money to Washington than we get back. If they want to play fair at all, just send us back the money that we sent to them and let’s call it even.

Awkward syntax and dubious “double taxation” claim aside (New York State, after all, double-taxes the income of New York City residents) this was a good point. In fact, the best case against repealing SALT is actually grounded in conservative principles. “Just send us back the money that we sent to them and let’s call it even” was basically the late Daniel Patrick Moynihan’s not-entirely-facetious suggestion at the close of his 24 years in the U.S. Senate (see end of this op-ed). 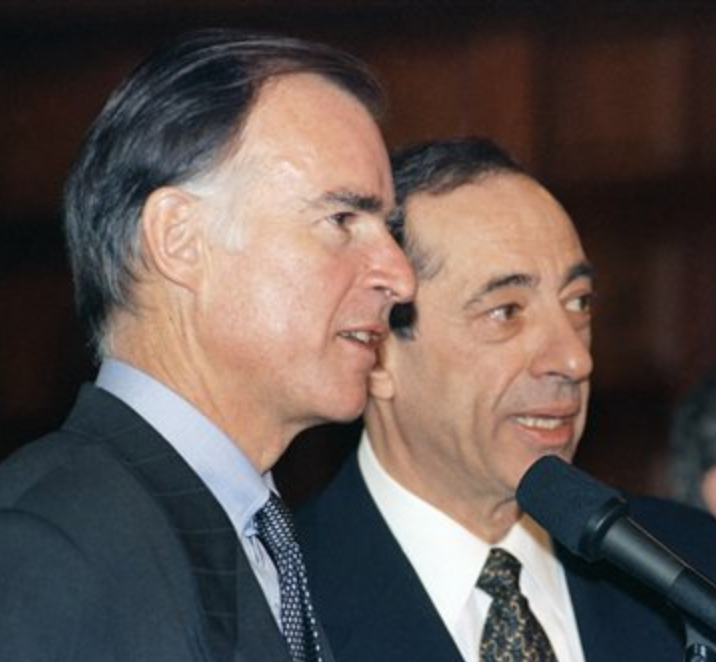