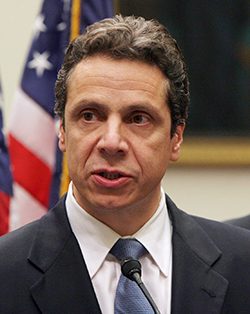 “I want the Legislature to understand that we’re serious about reform.”

So said Governor Andrew Cuomo following his veto of two bills that would have strengthened New York’s Freedom of Information Law (FOIL)—helping citizens hold government, at all levels, more accountable.

So if you can follow the governor’s logic, before he could show us he was “serious about reform,” he had to block a pair of reforms he had sitting on his desk.

In his message vetoing A114 and A1438 and the preamble to his newly issued Executive Order No. 149, Cuomo objects that the Legislature didn’t make itself subject to the new FOIL provisions, noting that “other branches” are “intentionally” excluded (which, for the Legislature, has been the case since the law was first enacted some 40 years ago).

Agreed, the Legislature absolutely should fall under the provisions of FOIL.

In fact, we’ve been calling for such for years now in our SeeThrough Government Transparency Act, which among numerous fixes to FOIL, would make the Legislature subject to FOIL’s provisions. The Governor has largely ignored these suggestions until now, when they offer a convenient (though thin) excuse for the vetoes.

The Executive Order commits all state agencies (but, given the limits of executive power, only state agencies) to fast-track FOIL appeals, but without the timelines and accountability measures the vetoed bills included. The Governor also promises to introduce legislation that will, “encompass these issues, address the described flaws, and execute more comprehensive FOIL reform,” otherwise unspecified.

As the Governor begins thinking about these important issues, he and his staff should consider the ideas and opinions of those around the state that have been thinking and writing about FOIL; those who live in the trenches of FOIL outside of government agencies.

After all, FOIL’s purpose is to grant New York residents access to their government data, not to protect or shield those agencies that have trouble following the law. As the law’s legislative declaration states:

The people’s right to know the process of governmental decision-making and to review the documents and statistics leading to determinations is basic to our society. Access to such information should not be thwarted by shrouding it with the cloak of secrecy or confidentiality.