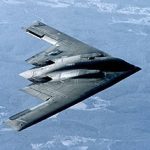 Governor Cuomo’s budget proposal includes more than $1.5 billion in automatic state personal income tax hikes, affecting many of the same people who have the most to lose from the new federal limits on state and local tax (SALT) deductions.

As first noted here yesterday, the 2018-19 Executive Budget inexplicably does not include bill language decoupling the relevant section of the state personal income tax (PIT) law from the new federal tax code’s curtailment of itemized deductions, including the $10,000 combined cap on state and local tax deductions.

For most taxpayers, the impact of those changes will be offset on the federal level by a near doubling of the federal standard deduction, cuts in tax rates, a narrowing of the Alternative Minimum Tax, and an expansion of the child credit. But again, those cuts affect only federal tax liability.

New York law now allows state residents to itemize deductions on their state PIT returns if they also itemize on their federal returns. They are allowed to claim the same deductions in the same amounts listed on their federal Schedule A forms—with exceptions, most notably for state and local income taxes. The law also allows a larger standard deduction for single filers who are eligible for a federal personal tax exemption, meaning they can’t be claimed as a dependent by someone else—but the new federal law has eliminated all personal exemptions.

Allowing residents to continue claiming the same itemized deductions allowed by the previous federal tax law, and breaking the link to federal dependent exemptions, would have no impact on state revenues. But because the state tax law incorporates references to the federal code, leaving it unchanged would raise state PIT revenues by a net $1.54 billion a year, according to a study of federal tax conformance issues released yesterday by the state Department of Taxation and Finance.

The potential PIT increases include the following (with page references relating to where the estimates can be found in the study):

Offsetting these increases will be taxpayer savings (i.e., a decrease of state revenues) of $25 million due to the federal law’s temporary increase in deductions for extraordinary medical expenses. This brings the net total impact to $1.54 billion. Because these changes affect the 2018 tax year, on which final returns are filed in April 2019, they do not affect revenues until the state’s 2019-20 fiscal year—i.e., the year after next.

A small step not taken

As explained here yesterday, decoupling from the federal deduction changes could be accomplished simply by inserting reference to tax year 2017 into the existing Section 615 of Article 22 of the Tax Law, and by modifying the same section in a way that allows New York residents to itemize on the state level even if they don’t itemize on the federal level. This would require the filing of an added tax form like the current federal Schedule A, but taxpayers keeping their deductions would probably consider it a small price to pay.

The potential reduction in standard deduction for single filers can be prevented by eliminating the words in current state law linking this part of the state code to the (for now) repealed federal dependent exemption.

The governor’s Division of the Budget (DOB) has a long-standing policy of basing its financial plan revenue projections on whatever is written into current law, combined with an assumption that the governor’s proposed changes are adopted. Therefore, unless that policy has changed—and there is nothing in the Executive Budget narrative to suggest it—then the governor’s $53.9 billion PIT projection for 2019-20 is, indeed, effectively assuming a $1.5 billion PIT hike effective in tax year 2018.

The acknowledged tax and fee increases in the governor’s proposed budget come to $1 billion for fiscal 2018-19, growing to $1.4 billion for 2019-20. But counting the PIT revenue impacts, a more accurate count of tax and fee hikes for 2019-20 is closer to $3 billion.

After weeks of attacking the cap on SALT as “devastating” and “an economic missile” aimed at New York, the governor’s budget aims a very similar missile at his own taxpayers. And again, those most affected will be the same group that is likely to be most affected by the SALT deduction cap.

As noted above, the loss of federal deductions will be more than offset by an array of tax cuts. But Cuomo has not yet proposed any similar offsetting changes to the state tax code. To the contrary: the sole federal tax conformance provision included in his budget bills will decouple the state from the federal child credit change, as a way of assuring that New York families with children don’t collect another $500 million in tax savings as a result of that federal change.

But there’s a ready alternative: to start with, he can free up $1.3 billion in 2019-20 by cancelling the final, 2019 phase of the state Property Tax Relief Credit, which goes to many of the same people. The credit is due to expire after next year in any event. Surely the loss of this temporary, check-in-the-mailbox tax gimmick would be a small price to pay for “missile” defense.

* As explained in the Taxation & Finance study of conformance issues:

…[S]uspension of federal personal exemptions will have a direct impact on the availability of the state standard deduction for single filers. Under current state law, a taxpayer is eligible for the standard deduction for single filers only if the individual “is not married nor the head of a household nor an individual whose federal exemption amount is zero….” This language is intended to preclude joint filers, head of household filers, and taxpayers that are claimed as dependents on other taxpayers’ returns from claiming the single filer deduction ($8,000 for 2018). Absent a state statutory change, single taxpayers will be required to claim the lower deduction intended for dependent filers ($3,100 in 2018). Approximately 5.2 million taxpayers could see their state tax liabilities increase by $840 million in the aggregate.