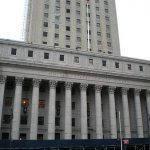 The New York-led multi-state lawsuit challenging the new federal tax law is not as weak as you might have heard.

As promised earlier this year by Governor Andrew Cuomo, the lawsuit aims to have a federal court throw out the $10,000 state and local tax (SALT) deduction cap included in the federal tax law passed in December, formally known as the Tax Cuts and Jobs Act (TCJA).

New York, Connecticut, New Jersey and Maryland have joined in claiming the SALT provision, in particular, was designed to generate revenues for broad tax cuts by disproportionately squeezing more taxpayers in high-tax states.

In fact, no one disputes this. The question is whether Congress unconstitutionally usurped its taxing powers in the process. Persuading federal judges to accept that claim will be the longest of legal long shots.

Home of the whoppers

The lawsuit asserts that “up until the most recent tax overhaul—through over 60 different tax laws over 150 years—Congress has never significantly curtailed the scope of the SALT deduction.”

As it happens, this is not true—although, to be fair, the drafters of the complaint aren’t consistent on the point. Elsewhere, the filing vaguely acknowledges that there have been unspecified “incidental limitations” on SALT deductions under previous law. In yet another paragraph, it says that “the core” of the SALT tax break “has remained intact, across 51 different Congresses”—which would be 102 years, not 150—”and 56 different tax acts.” [emphasis added]

No matter how you slice it, there have been several significant SALT deduction curtailments over the years:

Attempts to curtail SALT tax breaks haven’t been limited to red state Republicans. Throughout his tenure, former President Barack Obama proposed a much more significant limit on total itemized deductions for higher-income taxpayers. This effectively would have further curtailed the largest and most frequently claimed deduction—SALT—with a disproportionate impact on New York and its co-plaintiffs in the anti-TCJA lawsuit.

Under the prior law, even in New York, roughly two-thirds of income tax filers did not claim itemized deductions and thus were unaffected by any change in SALT deductions.

The lawsuit reflects Governor Cuomo’s continuing effort to spread the impression that New Yorkers in general will pay higher federal taxes under the new law. Consider this, from page 5 of the complaint:

For example, when considering the effect of the 2017 Tax Act with and without the new cap on the SALT deduction, the new cap will be responsible for New York taxpayers paying an additional $14.3 billion in federal taxes in tax year 2018, and an additional $121 billion between 2018 and 2025, the year when the new cap is set to expire.

If you read that passage quickly, you might assume the baseline for comparison was the former law in effect through 2017, meaning the tax law represents a net $14.3 billion a year hike in New Yorkers’ federal taxes. Read it again, though: the baseline for these estimates is not previous federal law but an imaginary scenario in which Congress enacted all of the tax-reduction provisions of “the 2017 Tax Act” (i.e., the new TCJA) except the SALT cap.

The lawsuit presents as fact a sketchy estimate by the left-of-center Institute for Taxation and Economic Policy (ITEP) that 13 percent of New Yorkers will pay higher taxes under the new law. But a more credible state-by-state estimate by the centrist Tax Policy Center said the TCJA would result in higher federal taxes for 8.3 percent of New York’s housheolds, compared to an average of 6.3 percent nationwide. The bulk of the negative impact would be felt by the highest earners, the Tax Policy Center said.

The Tax Policy Center also estimated the average New York filer will save $1,210, a federal income tax cut of 5 percent. Spread across more than 9 million New York tax filers, that translates into a net annual savings of more than $10 billion.

Both the ITEP and Tax Policy Center estimates show—and the lawsuit implicitly concedes—what everyone involved in this case (including Cuomo) already knows but won’t plainly admit: the vast majority of New Yorkers will not pay higher taxes under the new federal law. (Here’s a more accurate outlook.)

As another example of the damage done by the new law, the lawsuit asserts the SALT cap “is likely to substantially decrease home values” in New York, Connecticut, Maryland and New Jersey. This was not an unreasonable supposition, based on the general fiscal and economic principle that property taxes are capitalized into property values. However, as noted here the other day, home prices haven’t dropped. Quite the contrary: so far this year, residential real estate inventories remain tight and home prices in the most heavily taxed New York suburbs are still rising.

Some other aspects of the legal complaint are almost laughably lame. For example, as authoritative evidence for its claim that the SALT cap was unconstitutionally intended to “coerce” high-tax states into pursuing other tax policies, the lawsuit quotes (sometimes out of context) assorted public comments by U.S. Treasury Secretary Steven Mnuchin, House Speaker Paul Ryan, various other Republican members of Congress, supply side economic analyst Stephen Moore of the Heritage Foundation and … journalist Ramesh Ponnuru of National Review. (Somewhere William F. Buckley is smiling.)

Govern to the left, reason to the right

To the extent there is any actual case here, the lawsuit makes a strong argument for restoring the full SALT deduction out of respect for federalist principles and states’ rights. This highlights the irony at the heart of the SALT suit: amid the governor’s white-hot flow of partisan invective aimed at Trump and “radical conservatives” in Washington, Cuomo’s legal argument rests on a distinctly conservative interpretation of the Constitution, particularly the 10th amendment.

Joseph Bishop-Henchman of the Tax Foundation, already on record as skeptical of Cuomo’s promised lawsuit, has posted this thorough, point-by-point takedown of the lawsuit.

The weakness of the legal arguments in the SALT suit have not gone unnoticed on the left.

“Democratic attorneys general file one of the stupidest lawsuits of the Trump era,” was how the left-leaning ThinkProgress news site headlined its item on the litigation, subheding: “Which side are they on?”

The author of the article, Ian Millhiser, notes that the lawsuit rests on the 1895 decision in Pollock v. Farmers’ Loan and Trust Company, which said a federal income tax was an unconstitutional “direct” tax because it wasn’t fairly apportioned among states. Millhiser writes:

To be sure, Millhiser and ThinkProgress were a bit disingenuous in their own treatment of the issue, blaming the lawsuit on unnamed Democratic attorneys general without even once mentioning the politician who has led the charge: Andrew Cuomo.*

Millhiser explains why progressives should have a problem with the reasoning behind the SALT lawsuit:

If the Supreme Court were to hold, as the New York complaint suggests, that tax laws cannot impose greater burdens on some states’ taxpayers than on others, that would be the end of progressive taxation. Income is not distributed evenly among the 50 states, and any tax regime that imposes additional burdens on the wealthy will violate the rule described by the New York complaint.

All his misleading rhetoric aside, Cuomo’s main concern in the wake of the TCJA actually centers on a small number of very high-earning residents who carry a disproportionate share of New York’s taxes now have a greater financial incentive to relocate in the face of what will amount (for many of them) to a net federal tax increase.

When Republicans pushed for repeal of SALT deduction, they described it as a subsidy of wealthy states. In reality, the distribution of the federal income tax was quite progressive even with the SALT deduction. For example, as of 2015, residents of Long Island alone generated more income tax than the entire taxpaying population of Tennessee.

Democratic critics, including Cuomo, blasted it as “a tax cut for the rich,” a claim they based on analysis by ITEP and others counting the impact of a big corporate tax cut, which is assumed to ultimately benefit wealthy corporate shareholders. But focusing on direct individual income tax effects, eliminating SALT has made the tax code more progressive—the perennial goal of left-of-center fiscal policy—by raising taxes on the rich, albeit mainly those who voluntarily subject themselves to high state and local taxes in places like New York.

The strongest sections of the lawsuit are paragraphs 39 to 49, setting forth the history of the federal and state relationship on tax policy during the century-plus leading up to ratification of the Sixteenth Amendment. That section includes this perspective:

Although the Founders were particularly concerned with the possibility of the federal government’s direct interference with the States’ tax powers, the ratification debates make clear that the Founders understood that creating a federal tax power could also interfere with state sovereignty.

To prevent such encroachment, the Founders adopted a dual federalist structure and reserved to the States a concurrent tax authority. As Alexander Hamilton explained during the ratification debates, “the individual States would, under the proposed Constitution, retain an independent and uncontrollable authority to raise revenue to any extent of which they may stand in need, by every kind of taxation, except duties on imports and exports.” Further protections were afforded to the States in the Guarantee Clause, which ensures, among other things, the power of the States “to set their legislative agendas” and to determine their own “form” and “method” of self-government.

Ryan and other congressional Republican leaders, who generally favor programmatic reforms designed to devolve more power and flexibility to states, should have applied the same federalist principles to tax policy. Instead, they succumbed to the temptation to underwrite a big tax cut for most Americans by fiscally owning the libs in a handful of blue states.

Unfortunately, Cuomo never launched or backed a concerted effort to make the principled conservative case against curtailing SALT deduction. Instead, he fell back on partisan denunciations of Republicans.

The newly filed lawsuit seeks an injunction barring enforcement of the SALT cap and a jury trial of its constitutional claims. The Trump administration no doubt will move for dismissal.

Assuming the case somehow survives to trial, rather than adding to traffic in Foley Square, a suitable alternative venue might be the Comedy Club.

* Interestingly missing from the list of plaintiffs is California, although by all measures the Golden State rivals New York in the number of wealthy households who face higher combined taxes under the new law. Maybe Governor Jerry Brown, a Democrat whose long political career will end this year, is less willing to waste taxpayer money on what shapes up as a wild goose chase. Or maybe that state’s even more progressive attorney general, Xavier Becerra, preferred not to be stigmatized in outlets like ThinkProgress.