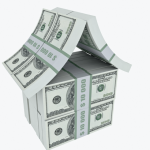 So claims a federal lawsuit filed by those four states against the Trump administration with the goal of having the $10,000 SALT deduction cap declared unconstitutional.

As evidence of the coming decline in house prices, the lawsuit cites a December 2017 Moody’s analysis predicting that the federal tax reform, formally known as the Tax Cuts and Jobs Act, would cause house prices in New York and other high tax states to decline below levels they’d be expected to reach if the law had not changed. The lawsuit’s supporting exhibits include a state Budget Division estimate, derived from the Moody’s analysis, that says the TCJA “could result in a statewide loss of home equity totaling $100.8 billion.”

So far, however, there’s no sign of this happening. In fact, residential real estate markets in some of the most heavily taxed suburbs of the New York City region are still characterized by tight inventories (and thus slowing sales volume) and rising price levels.

Let’s start with this report from  Newsday:

Long Island home prices kept climbing in June, despite a slowdown in sales.

Home prices have made annual gains for more than 12 months straight in both counties. In the last 12 months, year-over-year price increases have ranged from 3.4 percent to 12.5 percent in Nassau and 3.2 percent to 9.7 percent in Suffolk, listing service figures show.

“The inventory continues to be low, which creates competition among the buyers, which leads to increases in pricing,” said Jerry O’Neill, owner of Coldwell Banker Harbor Light in Amity Harbor. …

In the second quarter of 2018, the median sale price for a single-family residential home in Westchester was just over $710,000. That’s up 6 percent from this time last year.

Experts say the increase is largely to do with the lack of houses on the market. Co-ops, for example, are very popular. And because of a major drop in inventory, the median price has increased nearly 5 percent.

“The inventory is down about 23 percent for co-ops, which represent really an entry property for many buyers, new buyers, as well as those looking to downsize,” says Barry Kramer, of the Hudson Gateway Association of Realtors.

To be sure, there’s also a recent Bloomberg story suggesting that sales have slowed in Westchester because of the tax law. But this simply makes no sense. As explained here, the homeowners most likely to be looking at higher federal taxes under the TCJA are childless couples in the highest taxed downstate suburban communities.  Why would anyone in such a position delay listing their house in what’s clearly a seller’s market characterized by rising prices? If anything, you’d expect such homeowners to be rushing to the exits. But it just isn’t happening—not yet, anyway.

As for the other plaintiffs in the lawsuit, prices are also reportedly still rising in Maryland and New Jersey, but not in Connecticut, which has the weakest economy of the four states that are parties to the lawsuit.

While the Moody’s projection hasn’t panned out, it wasn’t unreasonable. After all, standard economic theory holds that real property taxes are capitalized in real estate prices. When the effective tax burden rises sharply, you’d expect prices to fall. But the price of houses also is heavily influenced by other factors including mortgage rates, which are above the levels of a year ago, but still quite low by historical standards. And demand in general reportedly is being driven in part by millennials—some, with growing families, looking to move up from starter homes, and others still looking to make their first purchase.

House prices will inevitably weaken sooner or later. When they do, politicians like Governor Cuomo will seize on the trend as evidence that the federal tax law is to blame. In reality, we’ll have no way of knowing for sure.

In any case, the assertion in the multi-state lawsuit remains unproven, and ultimately unprovable.