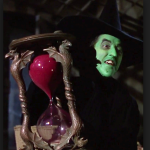 Until a few months ago, Governor Cuomo could boast of producing an “on-time budget” every year since taking office. But he also continues to steadily build on another kind of record: for a seventh consecutive year, he has now missed the statutory deadline for issuing the state’s Mid-Year Financial Plan Update.

Under Section 23.4 of the state Finance Law, the financial plan update is due “within thirty days of the close of the quarter to which it shall pertain.” The second quarter ended Sept. 30, and so the latest update was due yesterday, Oct. 30.

To repeat (verbatim) a point made on this blog in prior years:

The purpose of the quarterly reporting requirement is to make the Legislature and the public (including bondholders) aware of key fiscal trends. The mid-year update is particularly important, coming at the start of the internal estimate-gathering process that culminates in the Executive Budget proposal in late January. Unfortunately, Cuomo is getting away with flouting the Finance Law because members of the state Legislature — the only people with legal standing to sue him — simply don’t care enough to make an issue of it.

This year’s numbers are due at a time when, as noted here recently, the governor himself has begun to talk of a deepening “deficit” and of the added threats posed by potential changes to federal Medicaid and healthcare funding.

Over the past 25 years, governors Mario Cuomo, George Pataki, Eliot Spitzer and David Paterson generally issued their mid-year reports on schedule or within a day or two of the Oct. 30 deadline. The current governor’s earliest mid-year update was issued two years ago, on Nov. 6. The latest was issued in 2012, nearly a full month later, on Nov. 29. Last year, the mid-year report was issued on Nov. 14, which was also the date on which Cuomo issued his first such report, in 2011.

Coming up within the next two weeks are a couple more oft-ignored deadlines, both set forth in Section 23.5 of Finance Law: