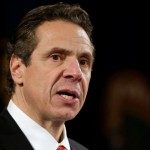 The remarkable thing about the state’s multi-billion-dollar Medicaid crisis is that it is almost entirely the result of the Cuomo administration’s own actions.

There is no economic downturn or change in federal policy that explains the program’s current $4 billion deficit, or its $3 billion projected gap in the next fiscal year, as confirmed in Friday’s mid-year update to the state financial plan.

The problem is not a shortfall of revenue, but a spike in spending – which is the direct consequence of policy changes and political deals made by Cuomo and his team.

Here are the biggest factors:

Hiking the minimum wage. In 2016, Cuomo and the Legislature enacted a multi-year increase in the state minimum wage from $9 an hour to as high as $15 for New York City and the downstate suburbs, and $12.50 upstate. The cost of paying those higher wages, which is partially borne by Medicaid, has proven far higher than the state originally projected. Friday’s report boosted this year’s estimated tab to $1.5 billion, which is 28 percent higher than projected in January, and shows that amount continuing to soar over the next three years as the wage hike fully phases in (see chart).

Weakening the “global cap.” In his first budget as governor, Cuomo pushed through a cap that limited state Medicaid spending to the 10-year average of the medical inflation rate – a policy that was initially effective in containing the program’s growth. Over the years, however, Cuomo carved out loopholes for certain categories of Medicaid spending – including the cost of the minimum wage hike – which allowed spending to increase at less sustainable rates. The cap also gave Cuomo “super powers” to cut Medicaid spending when necessary to comply with the cap. Yet he has never yet invoked those powers – even when program showed clear signs of going over budget last year.

Cutting political deals. Shortly before Election Day last year – when Medicaid was already about $1 billion over budget – Cuomo approved a rate hike for hospitals and nursing homes. It was worth hundreds of millions of dollars to interest groups that were among his top political allies and contributors, but came at the expense of a bigger deficit for the state.

Fudging the books. Rather than publicly confronting Medicaid’s fiscal crunch, Cuomo and his aides kept it quiet – even through their budget negotiations with the Legislature. Instead, they secretly postponed $1.7 billion in Medicaid payments from late March to early April, effectively shifting the cost from one fiscal year to the next – and compounding the deficit that would eventually have to be addressed.

Fumbling on reform. Cuomo has pushed cost-cutting measures for nursing homes and a program known as consumer-directed personal assistance. But he did so without securing specific authorization from the Legislature or going through a full-fledged rule-making procedure, and both measures have been blocked by the courts.

Delaying action. Even after acknowledging the deficit in more recent budget reports, Cuomo has yet to invoke his “global cap” budget-cutting powers or take other public steps to contain spending. The delay has allowed the deficit to grow larger – and shortened the time in which it must be closed. In Friday’s report, officials said they would close the current $4 billion deficit by delaying another $2.2 billion in payments and finding $1.8 billion in cuts – which, by themselves, would be a 7 percent reduction in spending. Yet they said the cuts would not be announced until January, when the governor releases his full budget proposal for 2020-21, which allows less than three months for them to be implemented.

In its own explanation of how spending has risen so far, so fast, it said the factors “include but are not limited to: reimbursement to providers for the cost of the increase in the minimum wage; the phase-out of enhanced Federal funding; increased enrollment and costs in managed long-term care; and payments to financially distressed hospitals.”

Most of these issues should have been foreseeable. The minimum wage was enacted in 2016. The partial phase-out of federal Medicaid funding was relatively small – New York’s overall amount is still increasing – and has been on the books as part of the Affordable Care Act since 2010. The payments to financially stressed hospitals were entirely under the state’s control.

The one factor that seems to have genuinely caught the state by surprise is mushrooming costs of long-term care – especially in the form of non-medical “personal care” provided to people with disabilities in their homes.

This, too, seems to be an unintended consequence of state policy. The Cuomo administration initially encouraged the use of consumer-directed personal care, seeing it as a cost-effective alternative to nursing homes. But enrollment grew faster than projected, as did the workforce of caregivers and the number of businesses that manage the benefit and draw their income from Medicaid.

By 2016, the state’s overall personal care expenditures soared to $5.5 billion. That was up 23 percent in five years, and amounted to a stunning 40 percent of Medicaid’s nationwide spending on that type of service.

(Updated to correct an error in the minimum wage chart.)