Yesterday, the New York Times accused the Republican-controlled state Senate of “dropping the ball” for failing to pass legislation setting up a state health insurance exchange in the waning days of the last legislative session. If the legislature doesn’t pass a bill soon, the Times worries, the state might lose out on millions of federal dollars in exchange support. 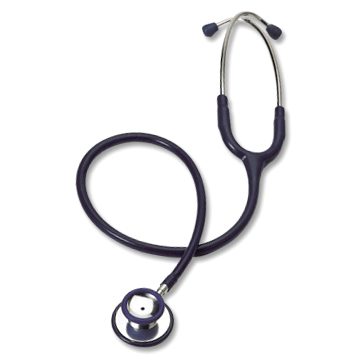 This isn’t likely to happen, since the state would be passing up a “free lunch” offered by federal taxpayers – and the feds have been bending over backwards, forwards, and sideways to encourage states to set up exchanges.

But assuming that a bill passes sooner rather than later, what can New Yorkers expect out of it?

Under the Affordable Care Act, states are required to set up health insurance exchanges where individuals and small businesses can shop for private health insurance. Families and individuals making up to 400% of the Federal Poverty Level are eligible for significant premium tax credits and cost sharing subsidies. Very small businesses (25 and under) will also be eligible for tax credits if they offer “meaningful” coverage.

Ideally, the exchange will operate like a Travelocity.com for health insurance.

But the last version of the exchange bill, S.5849, pushed all of the major policy decisions to the exchange for further study, so New Yorkers won’t know what kind of exchange will be created for at least months after the legislation passes. (The legislature reserved the power to pass additional exchange legislation based on final recommendations from the exchange.)

In short, expect lots more lobbying. Consumer groups, unions, and regulators are pressing for an exchange with the power to select “winners” for inclusion in the exchange market. They hope that the exchange will put pressure on insurers to control costs and improve quality by leveraging the buying power of its members.

Others, including myself, would like to see a “clearinghouse” style exchange that includes all insurance plans that meet minimal federal standards, including consumer-friendly plans like Health Savings Accounts and other value-based insurance designs. We believe that flexibility and market competition will offer consumers and small businesses a wider range of affordable health insurance options than those likely to be chosen by regulators. (For more background on how this type of exchange might work, see my recent report, Building a Market-Based Health Insurance Exchange in New York.)

In Massachusetts, which has had the type of exchange favored by consumer groups for several years, insurance costs are still among the highest in the nation – and very few small businesses have purchased coverage through the state’s high-priced exchange. Efforts to reform the exchange continue today.

Insurers’ aren’t angels, but the idea that tamping down on insurers’ profits will significantly lower health care costs isn’t supported by the evidence. The cost of insurance is largely driven by underlying labor and technology costs; and most health care spending goes to the relatively small number of very sick people who are the most expensive to care for. In fact, if insurers have less of a financial incentive to control costs, costs could go up faster in the long run.

Here’s the ugly truth: health care spending is just as much about politics as it is about health.

Try and cut Medicaid spending and you’ll run into a buzz saw of powerful hospitals and health care unions. Try and pare minimum insurance benefits to offer cheaper policies, and consumer groups serving small sectors of the market will scream bloody murder, even if cheaper plans allowed more people to find affordable coverage. New York has had a highly politicized, highly subsidized, and highly regulated health care market for decades and it’s turned out to be a recipe for runaway health care spending and nearly strangled the individual insurance market.

Creating a sustainable insurance exchange is going to require willingness on the part of New York’s policymakers – and especially Governor Cuomo – to offer real choices to consumers and small businesses, not a Potemkin exchange that offers just a handful of expensive plans designed to satisfy the same interest groups that have created our current expensive and dysfunctional arrangements.

So the ball hasn’t been dropped – yet.