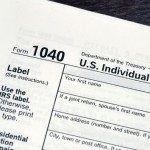 From a New York perspective, the proposed repeal of itemized deductions for state and local tax payments was the (expected) headline item in the rough outline of a tax reform presented in Washington today by Trump administration officials.

Many details of the proposal remain unclear and unsettled, and it’s likely to be quite a while before a more detailed bill emerges in Congress.

New York is by all measures among the nation’s most heavily taxed states, along with California, Illinois, New Jersey and Connecticut, and thus could expect to take a major hit from the loss of state-local tax deductibility—at least relatively speaking, depending on the aforementioned unsettled details. The biggest New York losers, by far, would be high-income taxpayers on which the state government, and New York City, have grown more dependent than ever. 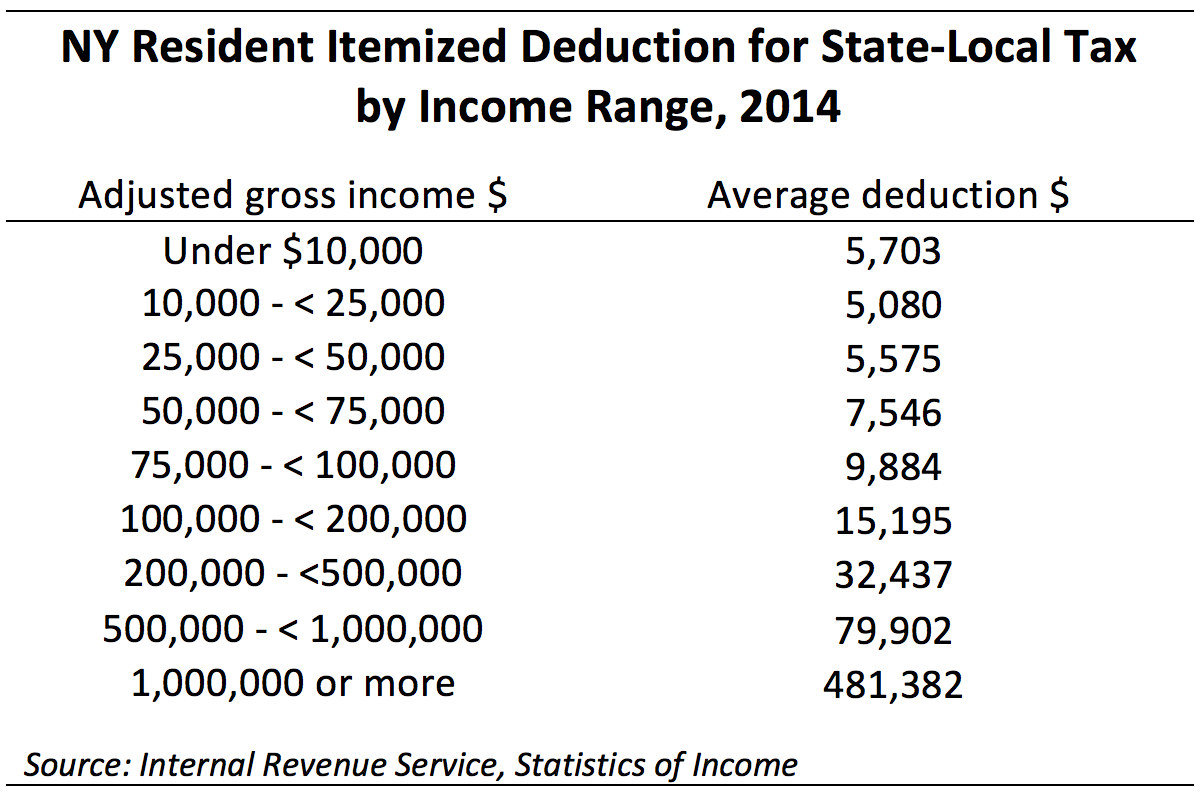 Under the plan outlined by Treasury Secretary Steven T. Mnuchin, for the majority of New Yorkers, it appears the loss of the deduction would not translate into a net federal tax increase, because, as part of the plan:

For married couples, the doubling of the standard deduction alone would offset $12,600 of the $15,195 average state-local tax deduction claimed by New York itemizers earning $100,000 and $200,000. However, the Trump plan also would preserve the itemized deduction for charitable and mortgage interest deductions, which total an average of $11,941 in the $100,000-$200,000 bracket.

The new standard deduction of $25,200 for married joint filers would still fall short of offsetting the average $27,136 combined average itemized deductions for state and local taxes, mortgage interest and charitable contribution deduction in the $100,000 to $200,000 tax bracket as of 2014—but in lower brackets, the standard deduction would more than cover the current average itemized deduction for married couples. (In all cases, single itemizers would take a bigger hit than couples.) The repeal of the AMT would offset a good portion of the impact for those earning between $200,000 and $500,000.***

The taxpayers who really take it on the chin will be those in the same high-income brackets that are now subject to New York’s millionaire tax: i.e., single filers with incomes starting at $1 million and married-joint filers earning at least $2 million.

Oversimplifying a bit for purposes of illustration, a New York City resident subject to the current combined top state and city income tax rate of 12.7 percent now pays an effective federal tax rate of 34.6 percent. In isolation, repeal of state-local tax deductibility this same city resident will now pay a top rate of 35 percent—i.e., a small net federal tax increase. But from a tax competitiveness standpoint, it’s worse than it looks. For a top bracket, multi-million-dollar earner, the net tax difference between New York City and a state with no income tax, such as Florida, is now 7.7 percent of income. With deductibility eliminated, it will be 12.7 percent. That’s likely to induce many more affected New Yorkers to reconsider their residency status.

For a New York State taxpayer living outside New York City, the combined impact of repealing deductibility and reducing the top rate will still result in a federal rate reduction, but a small one—from 36.1 percent to 35 percent. But the net difference between living in Florida and living in New York will grow from 5.3 percent to 8.82 percent.

Another element of the plan described by Mnuchin—already drawing heat from Democrats—would reduce the rate on income from small business “pass-through entities” to just 15 percent, same as the proposed new corporate rate. For New Yorkers deriving all or most of their income from such entities, including professional partnerships, the loss of deductibility means paying a tax bill 59 percent higher than it would be in Florida—or 85 percent higher for a resident of New York City.

*** This paragraph was revised from the original version of this blog post to include some additional estimates of average itemized deductions for mortgage interest and charitable contributions, as a way of illustrating whether the expanded standard deduction would offset the loss of the itemized deduction for taxes.