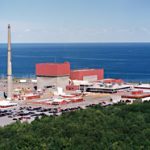 Under a standard enacted by the Public Service Commission (PSC) last August at Cuomo’s behest, utilities across the state are required to purchase  “zero-emission credits” (ZECs), the proceeds of which will be given to Exelon Corp. to support the continued operation of three nuclear plants outside Rochester and Syracuse. The plants reportedly were considering closing prior to the enactment of the subsidy.

ZEC purchases became mandatory on April 1 and will cost up to $2.6 billion over the next five years, according to an Empire Center calculation—making the associated Clean Energy Standard one of the biggest tax hikes in state history.

Flanagan’s proposal (S6651)* would immediately end the ZEC mandate and refund about $80 million that utilities and large industrial customers have already paid. The state would instead subsidize the plants using proceeds from the Regional Greenhouse Gas Initiative (RGGI), a market-based program that requires conventional power plants to purchase credits as a mechanism for reducing greenhouse gas emissions, “in recognition of their zero carbon emitting attributes,” according to the bill memo.

The state currently steers RGGI proceeds into the Cuomo-controlled New York State Energy Research & Development Authority (NYSERDA), which spends the proceeds chiefly on energy efficiency and renewable energy programs. In fiscal 2016, NYSERDA collected $170.5 million from RGGI—which serves, in effect, as a major source of discretionary funding for a range of projects promoted as part of the governor’s “clean energy” political agenda.

That’s a far cry from the $591 million that Exelon, the plants’ owner, expects to pocket by 2021, but it’s worth noting the ZEC system was developed based on what the PSC could get away with without asking for legislative permission, not what best served the public interest. The PSC could not create a subsidy that simply made each plant whole: instead it devised a credit scheme reflective of the “social cost of carbon” independent of the plants’ supposed financial need.

That “need” has never been substantiated by an open, public review of financial documents, which lawmakers would have likely demanded before signing off on any bailout. Lawmakers also would have been positioned to demand cost restructuring or contract concessions from the plants’ vendors and unions—neither of which were sought, thanks to the PSC’s largesse.

Although Flanagan’s bill does not yet have an Assembly companion measure, members of the lower house have not been shy about criticizing the nuclear subsidies or proposing legislative modifications to the Clean Energy Standard as a whole. A8191, introduced by Assemblywoman Amy Paulin (D-Westchester), would require the PSC to adjust the ZEC price in each region “to reflect the benefits attributable to the continued operation” of the plants, in recognition of the limited connection between upstate energy supplies and downstate demand. A8246, filed by Assemblyman Jeffrey Dinowitz (D-Bronx), would cap at 25 cents per month the amount of ZEC compliance cost that utilities could pass along to residential consumers.

The Cuomo administration estimates the Clean Energy Standard, chiefly its nuclear subsidies, will add an average of $2 to residential electric bills, although the Empire Center calculated the standard would hike the average residential bill by more than $2.09 in 2018 and by $3.40 in 2021 from added supply costs alone; compliance with the standard will necessitate major changes to the electrical grid, which will separately drive up customer delivery charges as utilities are forced to accommodate intermittent generation from solar panels and wind turbines.

The PSC has subsequently taken steps to conceal the impact of the Clean Energy Standard on consumer bills, forbidding utilities from showing their compliance costs as a separate line on monthly statements.

The Empire Center has noted that the Clean Energy Standard is riddled with internal contradictions, including an outright prohibition on new hydroelectric dams that would also provide zero-emission electricity (but would compete with the solar panels and wind turbines envisioned by Governor Cuomo).

The Legislature is free to modify the Clean Energy Standard however it chooses, and more importantly, to place restrictions on the Public Service Commission to limit its ability to levy taxes and spend the proceeds–a power that’s supposed to be reserved for the people’s elected representatives, and that Flanagan’s bill seeks to partially take back.

NOTE: Flanagan’s bill was this morning amended to expand the funds available for nuclear subsidies to all of those funds now handled by NYSERDA under section 1854 of the Public Authorities Law. The original version tied the size of the subsidies to RGGI revenues, but they have since been delinked.