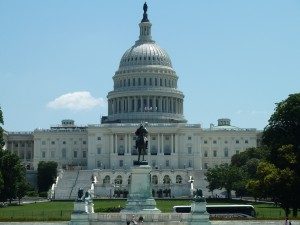 Sen. Bill Cassidy of Louisiana and Rep. Pete Sessions of Texas are making waves in Washington by introducing what’s being called the first Republican alternative to President Obama’s Affordable Care Act that stops short of repealing it.

The sponsors are calling their bill “The World’s Greatest Healthcare Plan,” but it’s hard to see how it amounts to a workable Obamacare replacement at all—especially for New Yorkers.

Its central thrust is to create an individual tax credit that consumers could use to buy insurance on their own, apply toward employer coverage, or deposit in a health savings account for paying medical bills directly. At the same time, the deductibility of employer-sponsored insurance would be phased out.

In principle, ending the historical accident of employer-provided insurance–and empowering people to more directly control their own health care–is a worthwhile goal. Such a change could better harness market forces to improve care and control costs. It could also lubricate the economy by lowering the costs for companies to hire and remove a barrier to entrepreneurs striking out on their own.

But the tax credits in the Sessions-Cassidy plan would be just $2,500 per adult and $1,500 per child. That’s less than half the average premium for individuals in the U.S., which was $5,832 as of 2014. The shortfall would be even larger in New York, with an average individual premium of $6,307.

The proposed credit would not enable a low-income family to afford comprehensive coverage, but it would bestow a savings on wealthier families who could easily pay full premiums.

Meanwhile, Sessions-Cassidy would preserve much of Obamacare, but only for those already in it. People who have used ACA purchasing exchanges to buy insurance, and taken advantage of ACA tax credits to lower the cost, could keep doing so. But young people just entering adulthood, or those who lose employer-sponsored coverage in the future, would find themselves on the outside looking in.

Similarly, employer-provided health benefits would still be fully tax deductible–but only for companies already offering them. This would put start-ups at a major disadvantage in recruiting employees.

The Sessions-Cassidy bill would preserve some of the ACA’s more popular mandates, such as the requirement that health insurers accept all customers regardless of pre-existing conditions. But it would abolish tax penalties for people who fail to obtain coverage and for companies that fail to offer it, known as the individual and employer mandates, likely causing the uninsured rate to soar once again.

The long-term effect would be to undermine if not blow up the employer-provided health care dynamic without establishing a viable substitute. This amounts to a far more radical change than anything the ACA attempted to do. And Session-Cassidy’s “grandfather” clauses, while sending a conciliatory political signal, would only compound the system’s already absurd levels of bureaucracy and complexity.

New York has disproportionately benefited from Obamacare, in the form of increased federal funding and crucial fixes to its dysfunctional individual insurance market. It has all the more to lose from ill-conceived changes in Washington.

Those who support market-oriented health-care reform need to seriously grapple with challenges of making coverage affordable. A $2,500 tax credit does not come close to meeting the test.

The wait for a serious Republican alternative to Obamacare goes on.